Dida: “As Much as NASA May be Addicted to Teargas, the Economy is at Stake” 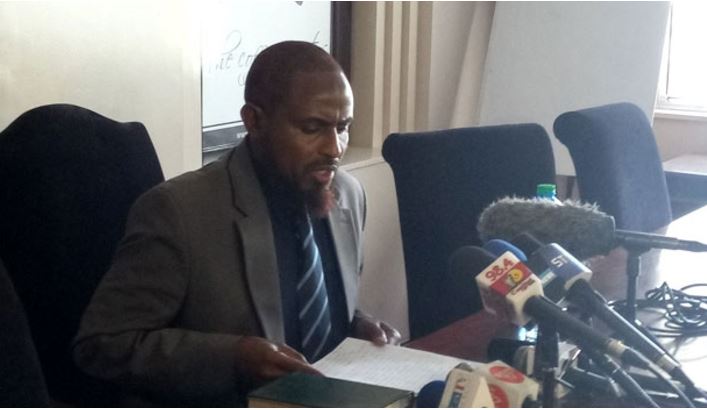 In a news conference yesterday, Dida termed the move as ill-advised and one that will hurt the country’s economy.

“As much as NASA may be addicted to teargas, they can fight in their homes but don’t do it tomorrow(Tuesday),” Dida said.

“NASA may have valid concerns but the economy is at stake and people are fearful about what will happen. Don’t add by bringing people to the streets.”

Dida, who came fourth in the August 8 presidential election, however, said Chiloba, Commissioners Abdi Guliye and Boya Molu, and other IEBC officials blamed for mismanaging the August presidential poll annulled by the Supreme Court on September 1 need to step aside pending investigations.

“We’re not indicting anybody of wrongdoing but their work has been questioned by the court,” Dida noted.

The retired literature and religion teacher also voiced concerns over the exclusion of other candidates from the fresh presidential election saying the October 26 poll should not be a re-run between President Uhuru Kenyatta and Opposition leader Raila Odinga.

“IEBC misinterpreted the 2013 presidential petition decision by former Chief Justice Willy Mutunga and his bench and therefore I expect my name to be on the ballot,” he said.

Loading...
All The Trending Images in Nairobi Today < Previous
Cholera Outbreak Strikes Daystar University as 10 Students are Admitted Next >
Recommended stories you may like: