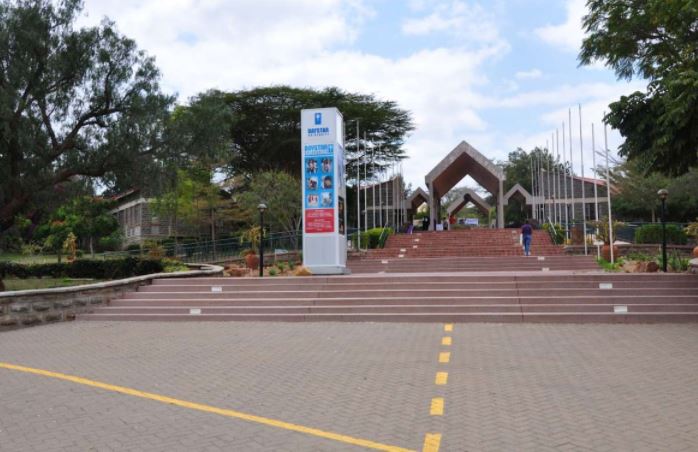 The cholera outbreak has struck the Daystar University, Athi River campus, as at least 10 students are admitted in hospitals.

According to the institution’s administration, the first case was reported on Saturday at 7 am.

“This student had gone to visit her family in Kayole. She returned on Friday. She was treated at the schools’ clinic and later referred to Nairobi Women’s Hospital in Ongata Rongai for further treatment,” head of corporate affairs Damaris Kimilu said yesterday.

She said five more students were infected by close of business on Saturday while the others were admitted on Sunday.

One of the students was admitted to the Aga Khan Hospital and the other nine at the Nairobi Women’s Hospital.

“Fourteen people had been infected but four were discharged. We expect the others will have been discharged by Wednesday.”

Kimilu said the varsity has taken measures by setting up information desks at the clinic to create awareness on the disease and prevent more infections.

“In the meantime, a plan is underway to give prophylaxis treatment to students who may have made contact with the victims and potentially the whole Athi River community, on and off campus.”

Since the beginning of 2017, Kenya has experienced an upsurge in cholera outbreaks.

The first cholera outbreak reported in 2017 was in Tana River County. The outbreak started on 10 October 2016 and was controlled by April 2017.

A second wave of cholera outbreaks started in Garissa County on 2 April 2017 and was reported later in nine other counties including Nairobi, Murang’a, Vihiga, Mombasa, Turkana, Kericho, Nakuru, Kiambu, and Narok.

Loading...
Dida: “As Much as NASA May be Addicted to Teargas, the Economy is at Stake” < Previous
Babu Owino Refuses To Apologize After Calling Uhuru ‘Mtoto wa Mbwa’ Next >
Recommended stories you may like: