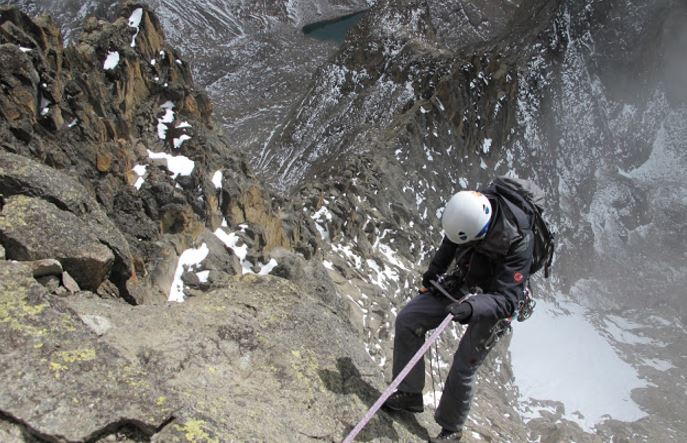 A Chinese national fell to his death over the weekend while descending from Mt. Kenya, the Kenya Wildlife Service has said.

According to Communications Officer Ngugi Gecaga, Mr Wenchao had been advised to use ropes but he declined.

We usually advise out amateur climbers to have ropes but the tourist said he did not need one because he was experienced. He had even climbed Mt Everest,” Gecaga told the Star.

The accident happened last Friday near Shipton’s Notch at around 3 pm.

The deceased’s climbing guide secured his body and managed to climb down to Shipton camp before alerting authorities.

Kenya Wildlife Officials are in the process of retrieving the body but have said that the process could take several days.

“It will take between 24 and 72 hours to get to the body because of the weather conditions. There is a lot of snow up there but we are going to try our best to get it in good time,” Gecaga said.

Loading...
IEBC Commissioner Akombe Dismisses WhatsApp Messages as Fake < Previous
All The Trending Images in Nairobi Today Next >
Recommended stories you may like: