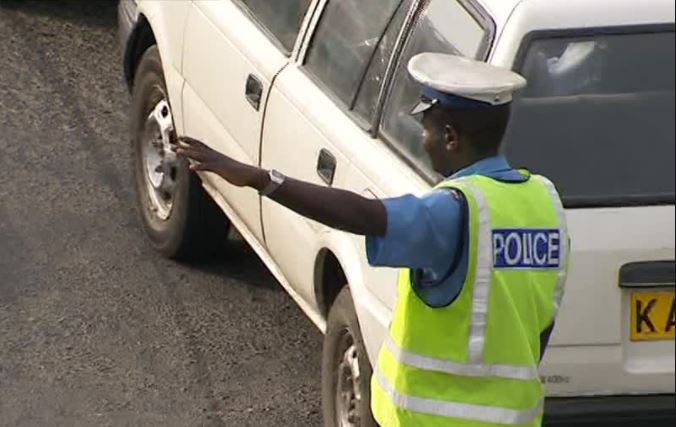 Earlier this week, the National Environment Management Authority (Nema) defended itself against claims that it has started carrying out swoops in cars in order to confiscate polythene bags.

On Monday, when the ban on plastic carrier bags came into effect, there were online messages that police officers were stopping and inspecting cars for the now outlawed packaging material.

“Our attention has been drawn to information circulating on social media networks claiming that Nema officials are colluding with police officers to flag down private and public vehicles in search of plastic bags,” NEMA stated.

However, victims of the alleged harassment by police are still sharing their experiences on social media.

One such victim has narrated on Facebook how he ended up bribing an officer for being in possession of a plastic bag.

The incident allegedly happened at a police roadblock at Nyali Bridge after the car he was traveling in was flagged down.

Read his narration below.

“I have something to report. I have an M-Pesa shop and after closing late in the evening, I took my remaining cash wrapped in a plastic bag and hid it in my kiondo and got in my neighboring shop owners car to go home.

On the way, we have to pass a police roadblock (Nyali bridge) and usually, I have no problem as they always wave to us as we pass by, lakini on this day there were new officers and they stopped my friend saying “weka gari kando”

The officer was very rude and to cut a long story short he found 100s of faults in the car which we ourselves couldn’t even imagine existed. The only way to avoid having our car towed away for ” road safety” reasons was to part with a little “something”

Sasa, as I had to go into my kiondo to remove chai kidogo (cash) the officer who had already agreed with my friend that 500ksh would be ok, was leaning in through the window and he saw me taking out my day’s money from my kiondo and he went mental!

He said the biggest crime was the plastic bag I had carried my money in!  He now got new ammunition and told us I could be jailed for 4 years or get a fine.

Anyway in the end after another 30min of him walking to and fro to call “mkubwa” I parted with 2000ksh to avoid 4 years in jail just because I had wrapped my money in a plastic bag. Please post this to save people from getting into same trouble as I hear the Nyali roadblock is notorious for TKK.
Please keep me anonymous. I will now be taking a tuk-tuk from work to home in future.”

Loading...
All The Trending Images This Friday < Previous
“Put as Much Effort Cleaning Mombasa as You Put on Your Beard..” Boniface Mwangi Tells Joho Next >
Recommended stories you may like: