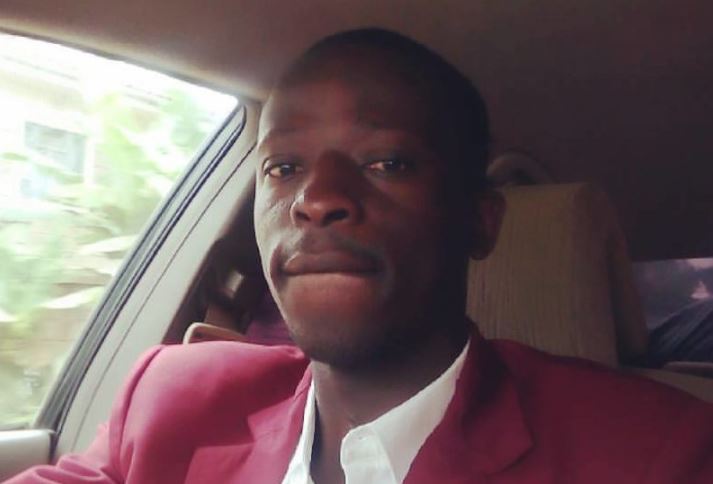 This after the woman, only identified as ‘Its About Bailey’ on Instagram, leaked supposed sexts between them.

According to the screenshots of the alleged WhatsApp conversation between them, Didiero had promised to push her music in exchange for sexual favors.

Below are some of the publishable screenshots 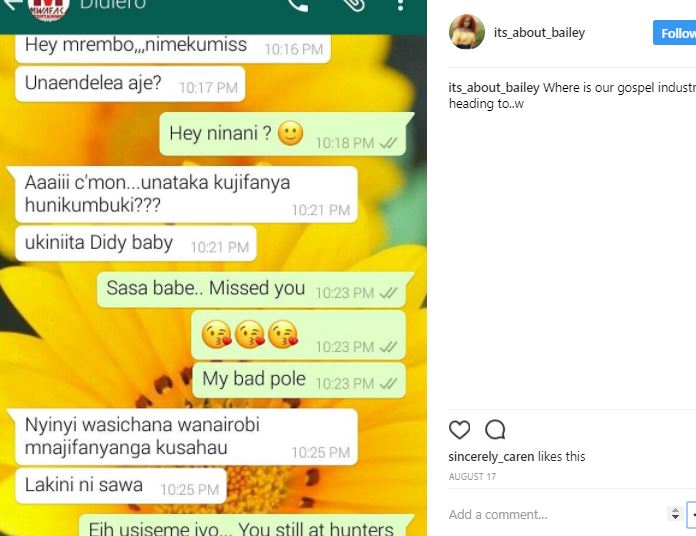 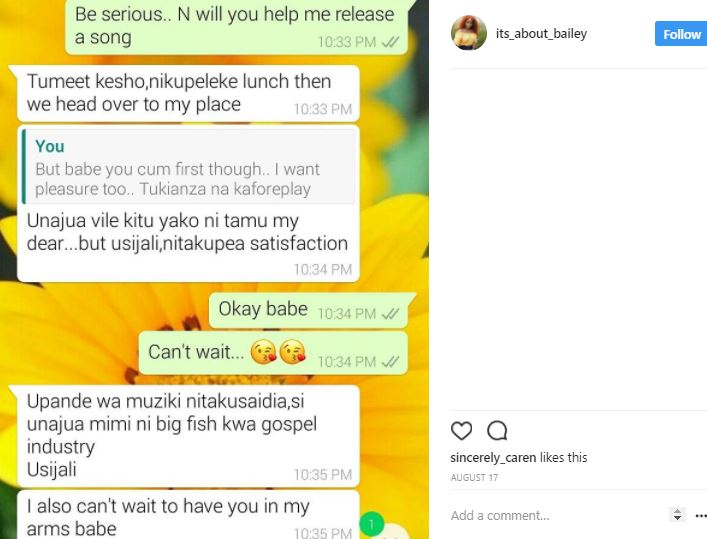 The woman alleges that the chats are from two weeks ago and that he never helped her push her music as he had promised.

However, Didiero claims the screenshots are fake and aimed at tarnishing his reputation.

“Yes, I have seen the screenshots, but the logo on the profile picture of those screenshots was one I used a very long time ago. That was back when I lived in Hunters in 2012. Back then I did not even have a car, so whoever is peddling those screenshots to spoil my reputation has the timeline all wrong,” he told Word Is.

He added, “Also, I don’t talk like that, and it is bizarre that the person who has posted them online did so by creating a completely new account and won’t reveal their identity. What I can say is, I don’t know her. I swear. I’m sure if I was a simple mahindi choma guy or selling charcoal by the roadside, this would not have happened. So I will not bother myself with it. I know it is someone who chatted by themselves.”

He continued: “I’m not afraid of this. Whoever is behind it is motivated by ill will.

Loading...
Rapper Jua Cali and Wife Expecting Baby Number Three < Previous
Hilarious: Comedians Njugush, Chipukeezy, and Desagu React to the Ban on Plastic Bags Next >
Recommended stories you may like: