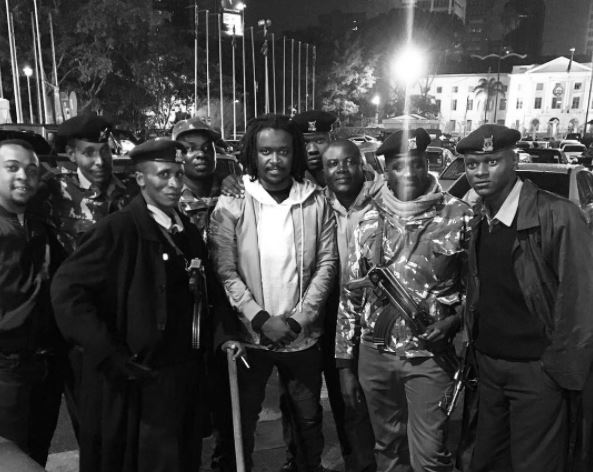 Kenyan internet users want high-flying rapper Nyashinski to join comedy show, Churchill Live. This is after the ‘Malaika’ singer proved his comic credentials in a 40-second clip that is going viral on the interwebs.

In the clip, the rapper is seen telling a joke about an encounter with the police following the ban on plastic bags.

The supposed encounter sees the cop arrest a suspect who has stashed a roll of bhang in a plastic bag.

To avoid spoilers, watch the clip below. It’s hilarious every freaking time.

Loading...
Watch the Swahili Adaptation of ‘Despacito’ by Songbird Viola Karuri (Video) < Previous
Prezzo,” My Good Friend Floyd Mayweather Invited Me to Watch Fight Against McGregor” Next >
Recommended stories you may like: