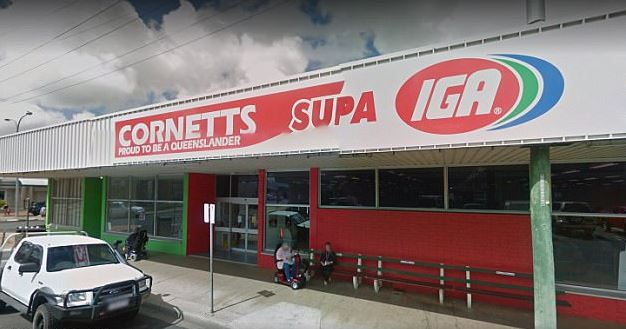 A Kenyan-born Italian who works as a fruit picker in Australia has been deported after indecent public behavior.

Casali appeared in custody in Bundaberg District Court last week where he pleaded guilty to indecent treatment of a child under 12, committing an indecent act in public, and trespass at a home in Brisbane.

Crown prosecutor Melissa Wilson said that while the Crown conceded it was low-level offending in offences against children, Casali’s behaviour was extremely inappropriate.

“It was a deliberate act. He had shown sexual interest in the child.

“It was not an isolated incident as he did a similar offence in the Bundaberg IGA store,” she said.

Ms Wilson said a woman in the Brisbane suburb of Petrie Terrace woke to find Casali in her bed after he entered her home.

The woman yelled for him to leave and Casali escaped through a bathroom window.

Ms Wilson said he had been held in custody for 325 days and the Crown believed this was appropriate as being enough time served because he would be deported on his release.

She said Border Security confirmed that this would likely take a few days to arrange.

Defence barrister Peter Richards said Casali was born in Kenya but was adopted by an Italian couple and raised in Venice.

He had done various jobs including fruit picking and Mr Richards confirmed to Judge Helen Bowskill QC that he could not be released because he had no Australian Visa.

“I will be in custody until Immigration come to deport me,” Casali said through an interpreter.

“Exposing an eight-year-old girl to an indecent act carries a maximum penalty of 20 years. That shows how serious it is,” she said.

“You went into a lady’s home and got into her bed and went to sleep. That would have been a very frightening experience for that lady.”

Judge Bowskill sentenced Casali to 325 days jail, backdated to his arrest on July 1 last year for the offence against the child. He was convicted of the other offences but not further punished.