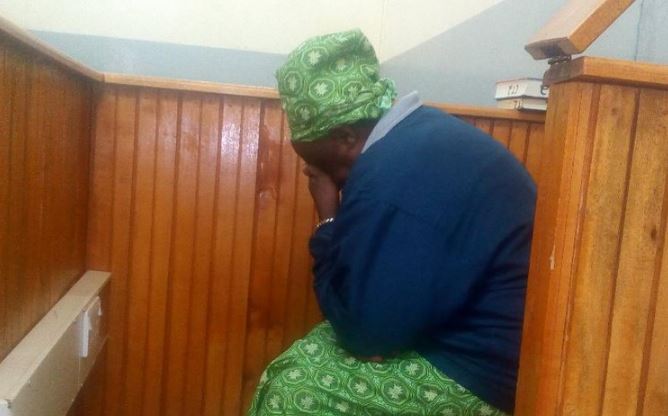 There was drama in an Eldoret court when the wife of veteran politician Jackson Kibor cried out loudly during the hearing of their divorce case.

Josphine Kibor burst into a loud cry accusing her husband of being insensitive, reports The Star.

“Why are you disturbing me this way? What have I done to deserve all this? I am unwell and can only continue when am well,” she said as she broke down in tears.

Mr Kibor, a former KANU Chairman, is seeking divorce from his second wife after 51 years of marriage.

He filed the divorce case last month accusing Josephine of desertion, cruelty and interfering with his ownership of 800 acres in Kipkabus, Uasin Gishu county.

During the case hearing on Tuesday, Josephine’s loud wail shocked Senior Principal Magistrate Charles Obulutsa who is hearing the case, lawyers and those in court.

Kibor, unshaken by his wife’s cry told the magistrate that he wanted the case concluded faster so that they can divorce and move on.

“She should not have come to court if she knew that she was sick. I don’t care. All that I asked for is divorce and I don’t want many other issues. I have said I don’t need her and that is my final decision,” Kibor said.

“You can see how disrespectful she is. Someone sick cannot produce such a loud voice in court. What I want is the divorce and that is it,” Kibor added.

The court ordered the hearing to resume on February 1 2017.

Loading...
VIDEO: Watch Njugush and His Bridal Team Dance to Collo’s ‘Bazokizo’ < Previous
Betty Kyallo’s High End Salon and Spa Inspired by Hollywood to Open Its Doors Today Next >
Recommended stories you may like: