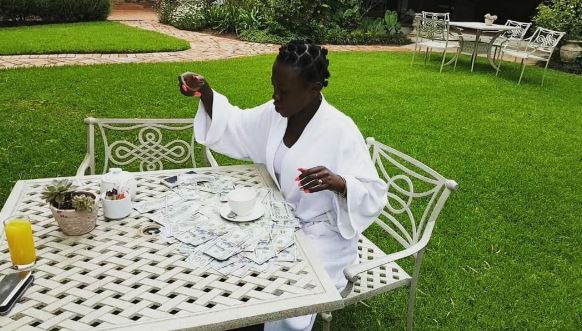 Kenyan songstress Esther Akoth, best known as Akothee, is a billionaire if her manager Nelson Oyugi is to be believed.

Oyugi has declared that Akothee’s net worth is estimated at $61 million (KSh6.2 billion).

That amount contradicts earlier reports by entertainment outlets that the Benefactor hitmaker’s total asset is worth between KSh300 million and KSh400 million.

“No, they (net worth estimate reports) are not true. Though, there is a time she received gifts worth that amount; and I think that is where the outlets got that approximation from,” said Oyugi as quoted by eDaily.

But her assets in Kenya alone are worth slightly over $10 million (KSh1 billion). What propels that amount to total over $60 million (KSh6 billion) in net worth is a house that she owns in Switzerland – it is worth $50 million (KSh5 billion).”

Oyugi’s claims should, however, be taken with a pinch of salt.