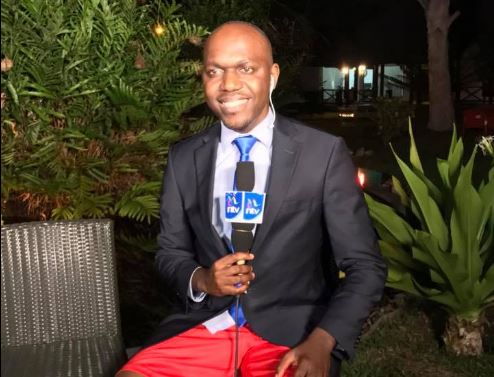 A video showing a dramatic standoff between Boniface Mwangi and the driver of Mwingi West MP Bernard Kitungi is going viral on the internet.

The clip shows the activist ordering the driver of the politician’s vehicle to reverse after he drove on the wrong side of Parliament road in Nairobi.

Better yet, NTV news anchor Larry Madowo has claimed to be behind the courageous act of blocking the driver with his car even though he cannot be seen in the video.

The Trend host took to social media to post a photo of the confrontation claiming he forced the MP to reverse.

If this is your MP tell him to stop bad manners. I blocked him on Parliament Road and forced him to reverse. After we drove off, he still used the wrong side!,” Larry posted.

While Larry’s ‘heroism’ in fighting impunity may have been celebrated on social media, all credit must go Boniface Mwangi.