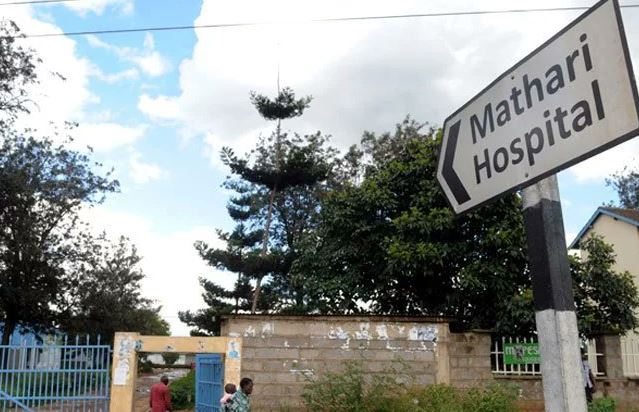 About 87 mentally ill patients yesterday escaped from Mathari Mental Hospital at the height of the doctors’ strike. 17 of the escapees were found near the facility along Thika Road and returned. 70 others are still missing.

Among those who were found and returned to hospital were popular boxer Congestina Achieng. She was admitted on Thursday and was reportedly the only woman who escaped. Congestina was found 1 hour after her escape.

According to reports, the patients broke out of their wards after nurses failed to show up.

“I don’t know if they were incited but what we know is that they had not seen their nurses and some had not taken their medicine which prompted this. We don’t know how many escaped but we are compiling the figures,” Superintendent Dr Julius Ogato told the media.

Mathari Hospital houses 850 patients. Out of these, 200 are prisoners who are kept in isolation. As a result of the crisis, more warders and nurses from prisons were sent there.

“We deal with mental patients and these guards could not handle. Some stripped naked and left their uniforms in and out of the compound before escaping,” Dr. Ogato said. “If they miss medication they may turn violent or worsen. That is why we need them back here.”

The hospital has 196 nurses and eight psychiatrists but only one pharmacist and two psychiatrists turned up for duties yesterday.

Here’s a clip of some inmates escaping.

Loading...
PHOTOS – How Kalonzo Celebrated His Graduation With a Masters of Law at Posh City Hotel < Previous
Drone PHOTOS Capture The Dramatic Inequality in Nairobi Next >
Recommended stories you may like: