One Dead, Many More Injured in Early Morning Fire in Naivasha 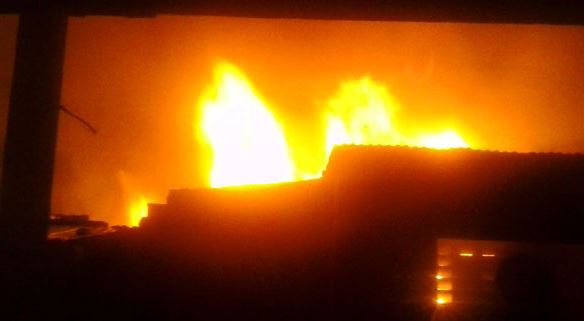 An early morning inferno left one dead, several others injured, and property worth millions of shillings reduced to ashes in South Lake Naivasha on Monday.

Many others, mostly minors, suffered burn injuries in the 2 am fire at Kamere trading centre. Over 20 families whose members work at flowers farms spent the night in the cold.

He added that efforts to put out the fire were thwarted by strong winds and lack of a fire engine.

Police have launched investigations but suspect that the fire may have resulted from an electrical fault.

Victims urged wellwishers to come to their aid noting they had lost all their property.