The National Transport Safety Authority (NTSA) have introduced a new way of punishing traffic offenders at Sachangwan black-spot along the Nakuru-Eldoret highway.

Sachangwan is an infamous black spot that has left hundreds of motorists and road users dead over the years.

The transport regulator on Tuesday used a placard with inscriptions “Kindly observe lane discipline, don’t be like me.”

Motorists who violated traffic laws were required to wear a reflective jacket before being forced to display the placard to other drivers until another offender was arrested and subsequently forced to hold the humiliating post.

Through twitter, NTSA said about the pics:  “All drivers must observe discipline on the roads.” 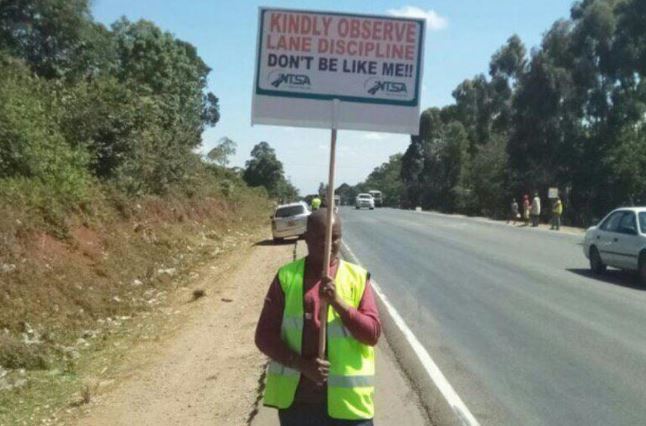 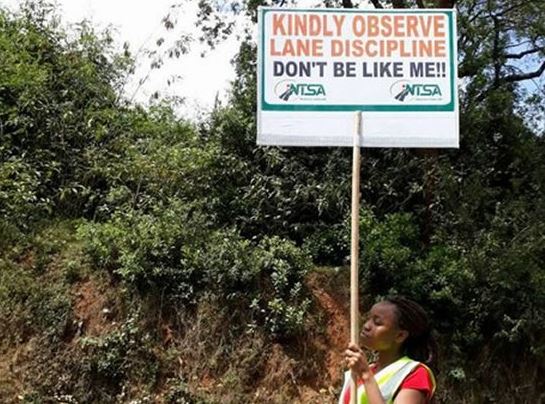 Loading...
Glowing Fashion Blogger ‘This Is Ess’ Shares First PHOTO of her Baby Bump < Previous
Hilarious Meme Compilation (Thursday December 29) Next >
Recommended stories you may like: