Nation Media Group To Lay Off More Employees This January 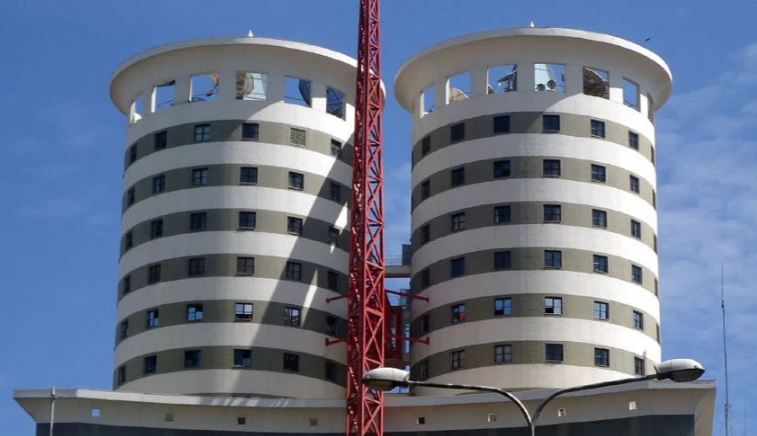 The Nation Media Group will this January send home more employees in what they are calling the final phase of their ‘strategic reorganization’.

In signs that all is not well at the giant media house, the company in June this year shut down Nation FM, QFM and QTV in Kenya, and KFM in Rwanda. Tens of employees were laid off including some well known figures.

This latest ‘re-organization’ will see at least 30 journalists fired. ”Regrettably this will result in the reduction of our workforce through job redundancies,” reads the cleverly crafted memo. 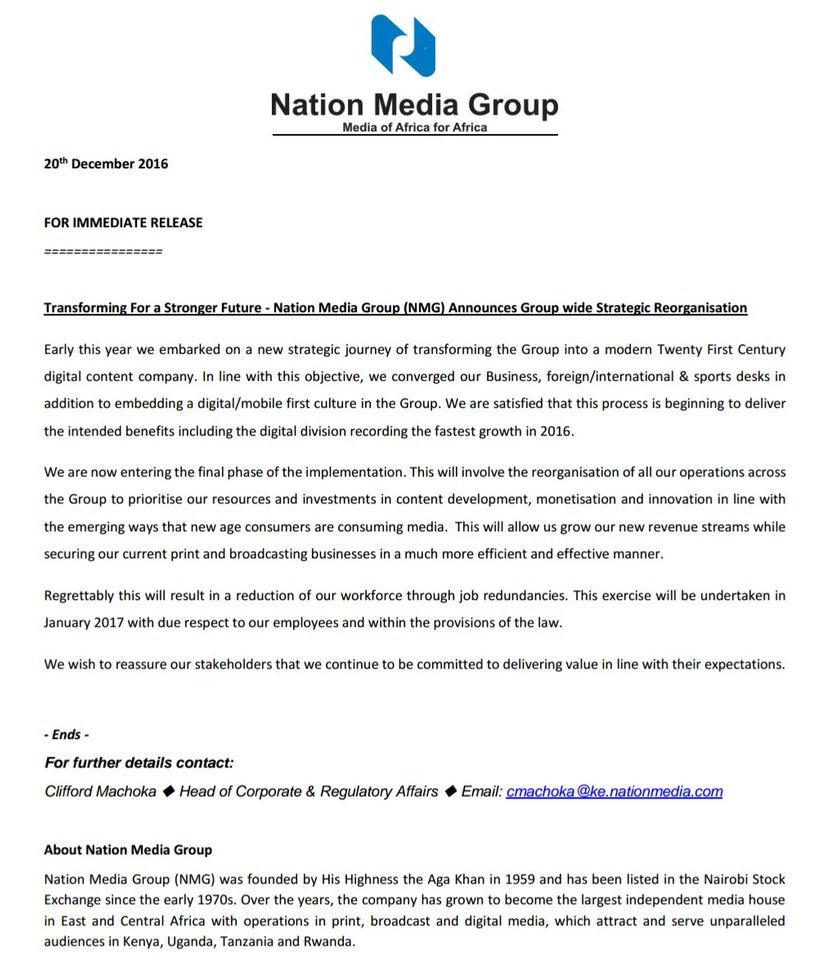 NMG CEO Joe Muganda made the announcement during a pre-Christmas staff meeting held at their headquarters on Tuesday morning.

NMG’s latest move is a continuation of a shaky business environment in the media sector, and by extension the entire economy. Among media houses that have sent home some of their staff in recent months are Standard Group; and Royal Media Services which recently sacked about 100 employees including Terryanne Chebet and Kirigo Ng’arua.

There is also talk that Radio Africa is headed in a similar direction, with staff salaries reportedly delayed last month.

Loading...
The Trending Images in Nairobi This Wednesday < Previous
RAW VIDEO: Millie Odhiambo Calls President Uhuru ‘Fisi’ Among Other Insults Next >
Recommended stories you may like: