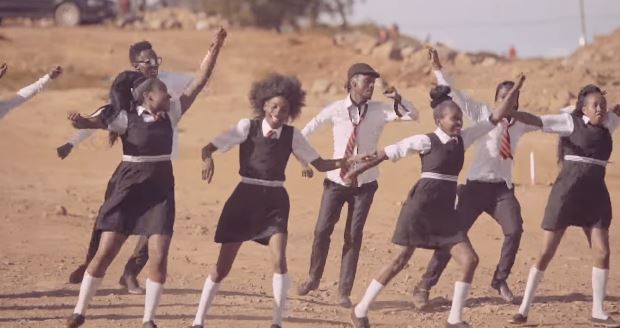 Comedian Eric Omondi is ending his year of parodies on a real high.

His most recent is being touted as the parody of the year and in a few, you will get to see why. The Kenyan funny man has diverted away from making music parodies and taken on the 1992 South African film ‘Sarafina.’

Eric Omondi’s is dubbed ‘Saratina’ with the comedian teaming up with GQ Dancers to combine dancing, singing and acting to parody the popular film in less than 10 minutes.

Loading...
Going Viral: Watch How Christmas in a Kikuyu House is Like (VIDEO) < Previous
PHOTOS – Meet Sonko’s ‘Other’ Daughter Who Just Graduated with First Class Honours Next >
Recommended stories you may like: