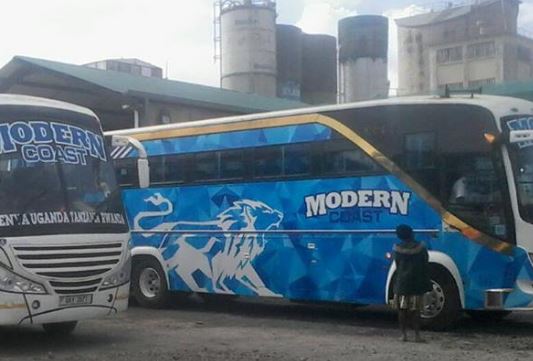 Days after a Modern Coast Express bus caught fire near Mtito Andei on the Mombasa-Nairobi highway, another of the transport company’s buses has caused an outrage on social media.

A video that has been shared widely on social media shows the bus driving on the wrong side of the road at a very high speed at the Tharaka Nithi black spot.

On Sunday, the management of the company took immediate action dismissing the unidentified driver and handing him over to NTSA for cancellation of his license.

The company described the incident as a disgrace.

“The video of our Meru bus overlapping Near Nithi blackspot circulating on social media is disgrace.We would like to apologize for that and stop such recklessness.The company advocates for safety.It is with that reason we have taken action by presenting the driver to NTSA for cancellation of his licenses….We shall continue working with the public and authorities to ensure a safe transport industry,” said the management in a statement.