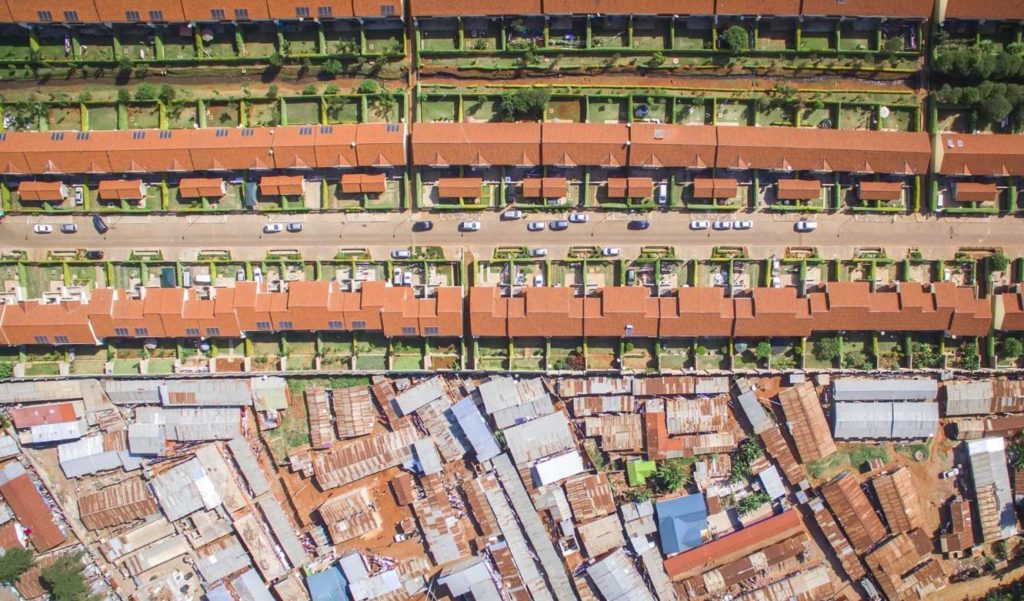 We’ve been told that Kenya is not poor, just unequal.

Our GDP per capita is about Sh120,000 per year. Meaning the average Kenyan makes Sh10,000 a month. Obviously that’s a low figure that is not very representative. Someone working in an office environment in Nairobi for example will probably make upwards of Sh20,000. Many are in the 30-50k range. However, millions at the bottom of the pyramid earn less than 5 thousand a month, which explain why our per capita (per person income) is that low. (To calculate the GDP per capita, we divided the GDP by the total population.)

In the same country, Sh5000 is lunch money for some other person. People in big government offices or in major companies earn huge pay cheques every month. Others in successful businesses earn more than a million a day.

We have the fourth highest number of dollar millionaires in Africa after South Africa, Egypt and Nigeria. However when it comes to the richest countries overall in Africa, we barely make it to the top 10 list.

That tells a lot about the gap between the rich and the poor in this country.

It is this inequality that brought American photographer Johnny Miller, supported by Code for Africa and the Thomson Reuters Foundation to Nairobi.

Using a drone to capture aerial photos, Miller photographed the inequality in Kenya’s capital. It is his second project after doing the same in Cape Town, South Africa. “The level of poverty is much greater than in South Africa,” he says, noting the challenges of operating in Nairobi. “It is much more fast-paced, chaotic, and difficult to maneuver.”

Miller photographed areas like the wealthy suburb of Loresho, where top government workers and other upper-class Kenyans live in gated housing complexes neighboring shacks made with scrap metal, mud and cartons. 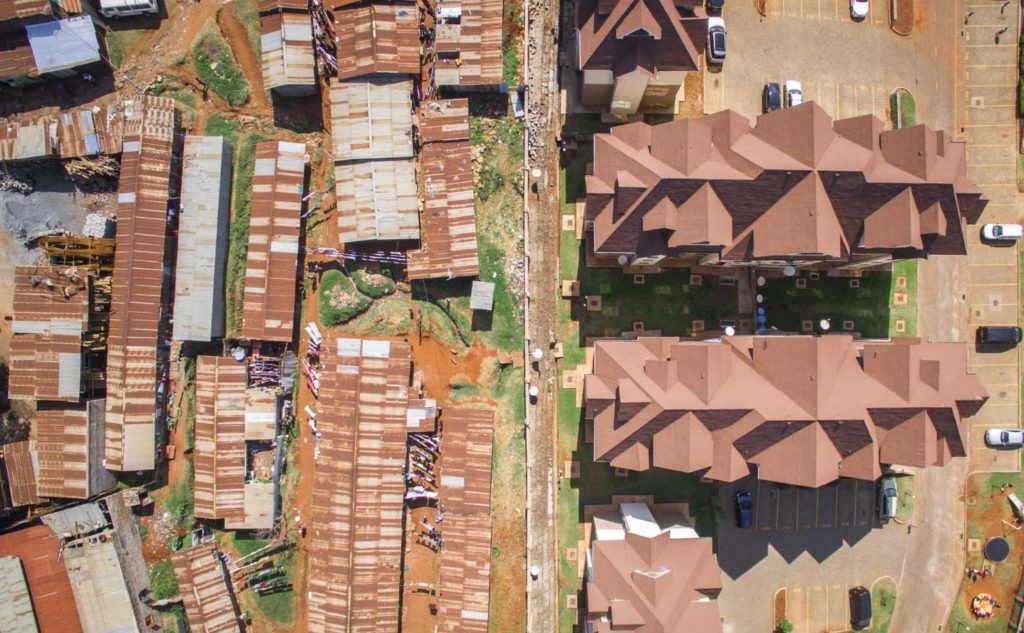 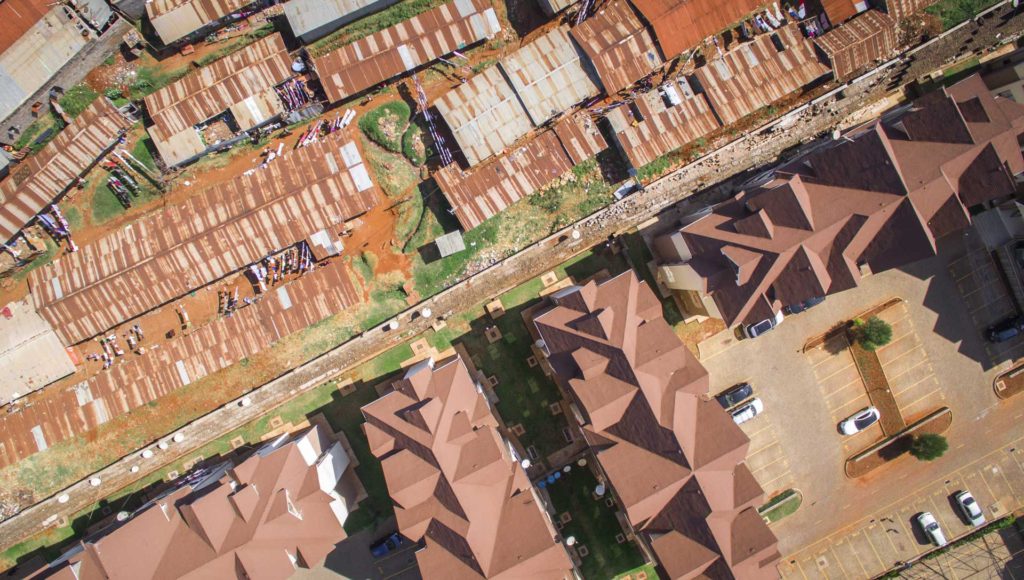 He then photographed Kibera, which about 400,000 people call home. The Southern Bypass and a golf course have been built next to it. 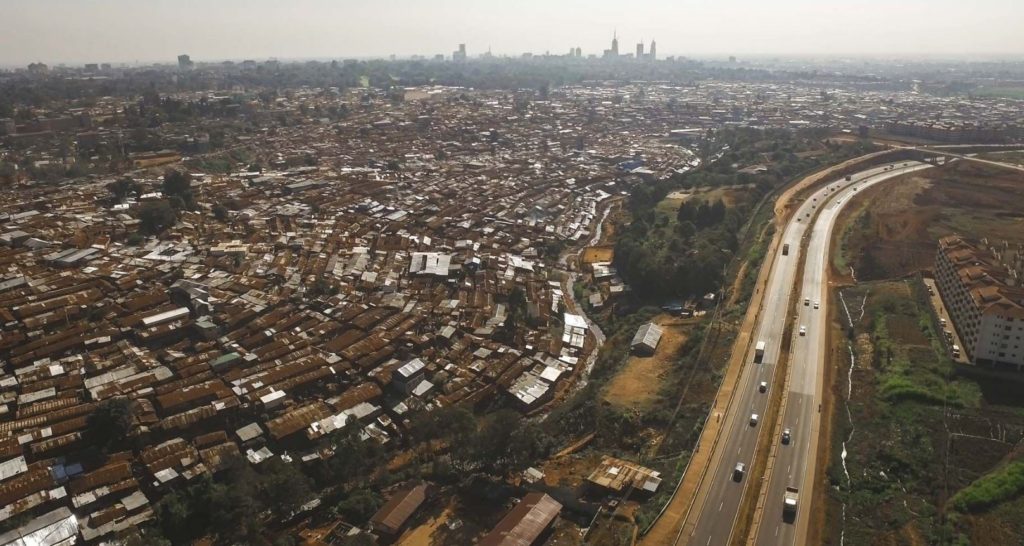 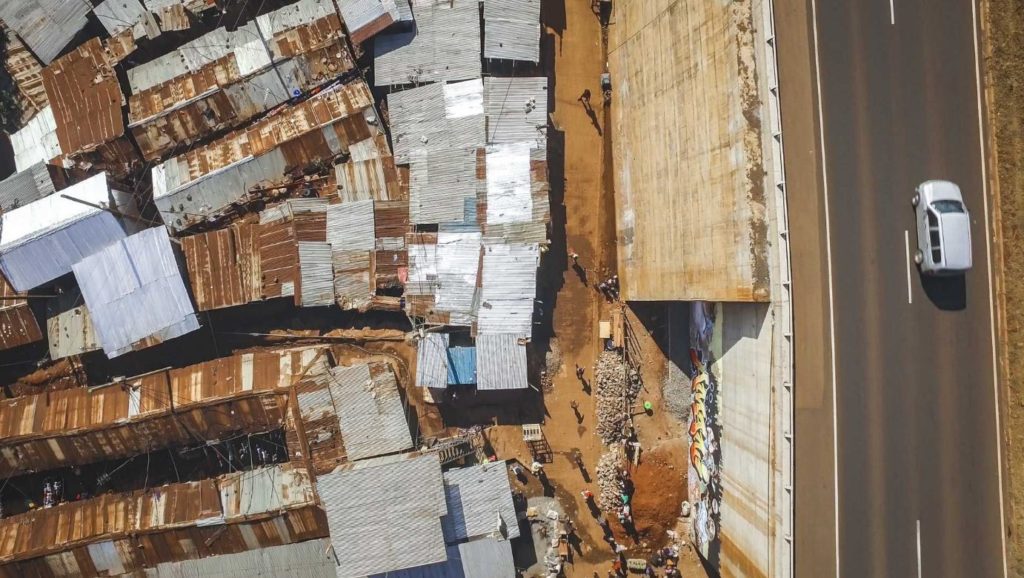 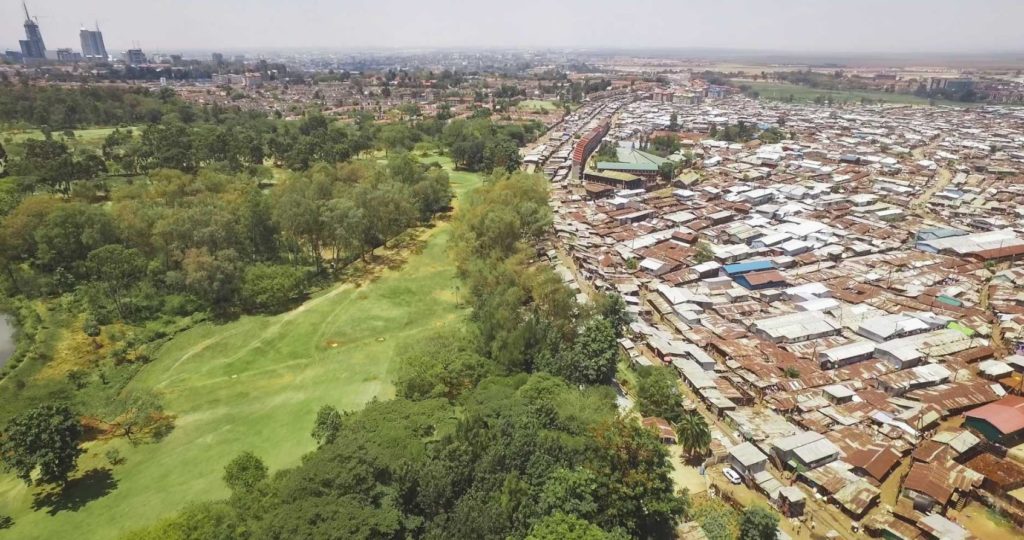 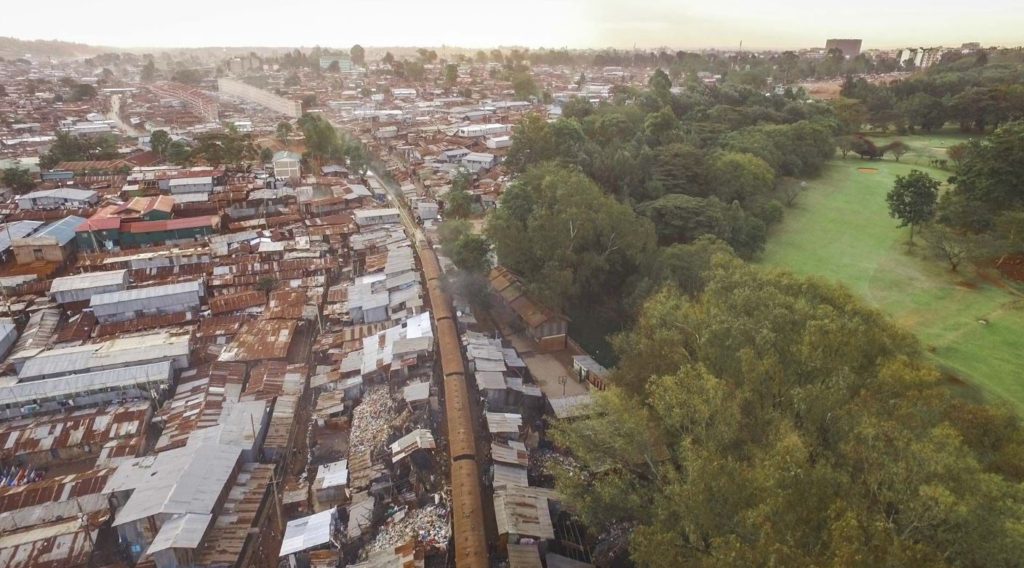 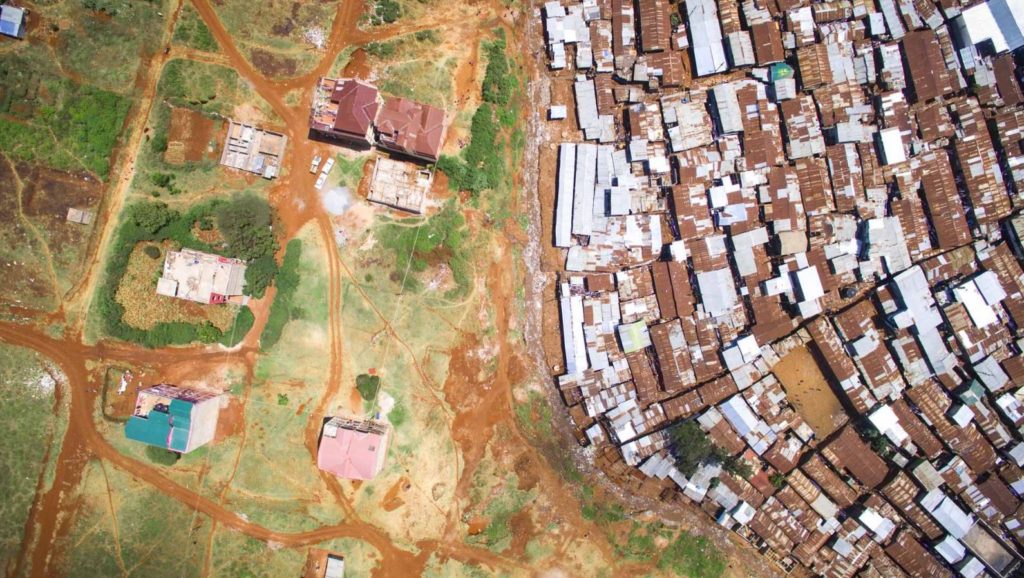 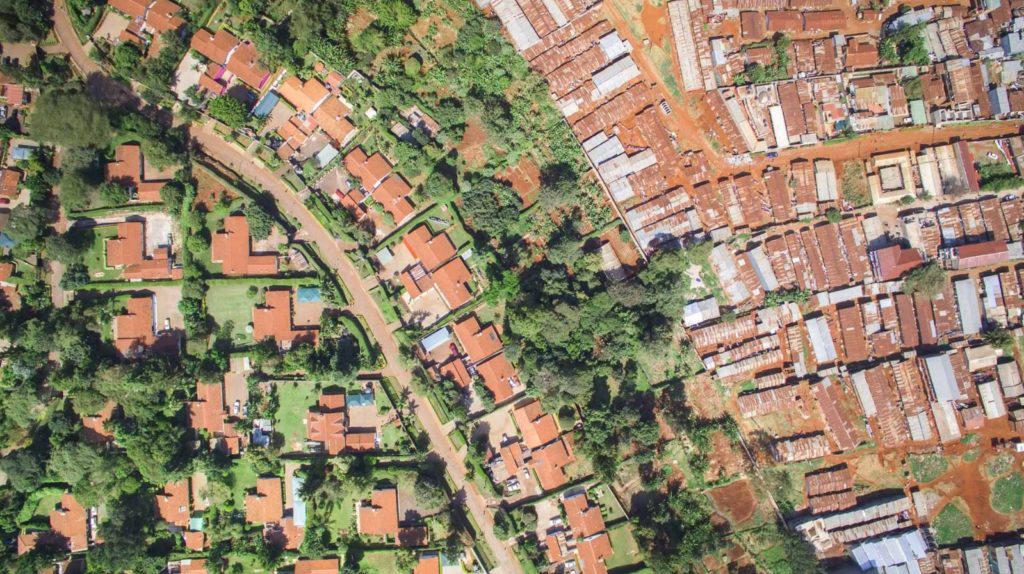 “In Nairobi, I wanted not only to focus on ‘rich versus poor,’ but also on the infrastructure, and how infrastructure projects can constrain, as well as free, lower-income residents of the city,” Miller says. 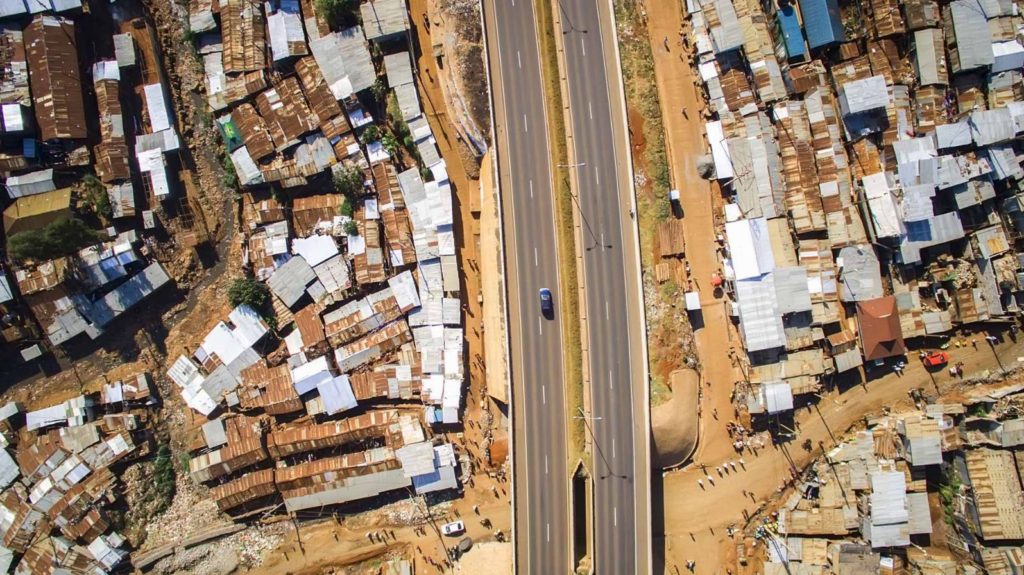 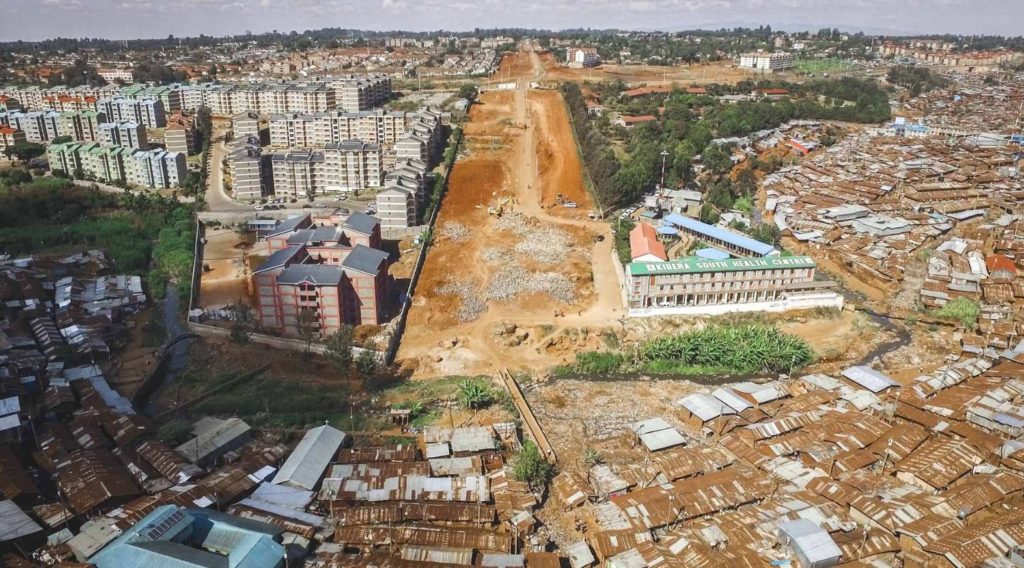 “On balance, the new infrastructure being built in Nairobi overwhelmingly benefits the richer classes rather than the poorer classes,” Miller added.

Loading...
RAW VIDEO: Congestina Achieng Among 87 Patients Who Escaped from Mathari Mental Hospital < Previous
The Hottest Stories on the Internet Today (Wednesday December 7) Next >
Recommended stories you may like: