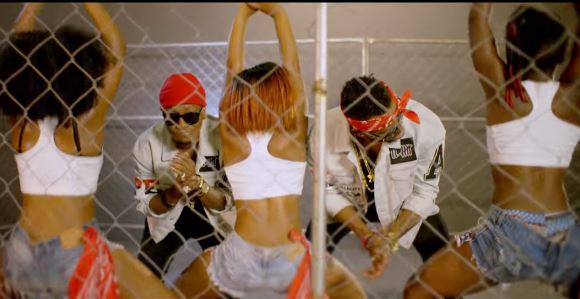 Former Kaka Empire signed artist Rich Mavoko has unleashed a club banger that is the talk of the East African region.

The Tanzanian singer jumped ship from King Kaka’s record label to Diamond Platnumz’ Wasafi Records in June this year after his contract ended.

His move to the more established artist management label has started paying off. He has featured Diamond Platnumz in a club banger dubbed ‘Kokoro’ which had more than 200,000 views on YouTube in less than 24 hours.

So popular is the raunchy video that some hours after its release, National Arts Council of Tanzania (BASATA) launched investigations to ascertain if the video is demeaning the value of women.

Loading...
ASUS Announces Two New Performance Laptops < Previous
Nothing But Fire!! Sultry Songbird Vivian Teams Up with Jose Chameleone in ‘Charm’ (VIDEO) Next >
Recommended stories you may like: