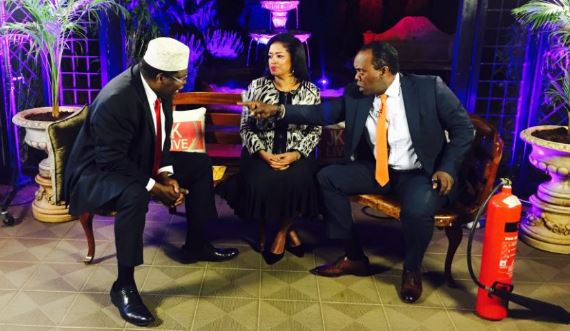 At this point, Miguna Miguna’s chances of becoming the next Governor of Nairobi are technically dead. Technically because of the fact that Donald Trump is actually the president of the United States of America. I still can’t believe it.

With that said, Miguna’s uncouth mouth continues to draw outrage from all corners of this country. Social media, religious leaders, and other public figures have castigated Miguna for telling Esther Passaris, “Everybody is raping Esther…Esther is so beautiful… everybody wants to rape her …”

The music industry too, through singer Nyota Ndogo has condemned Miguna and in extension Jeff Koinange for his questionable journalism.

The Watu Na Viatu hit singer says that every woman needs to be treated with respect in a video by Word Is.

Loading...
The Best Black Friday Deal: An Android Phone For Only Sh999 < Previous
Kenya Power Materials Worth Millions Recovered in MCA’s Home Next >
Recommended stories you may like: