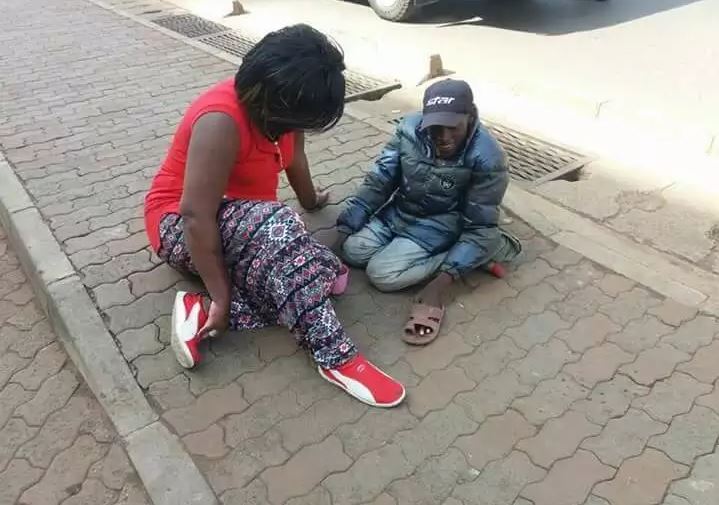 Following Shebesh’s failed PR over the weekend, when the Nairobi Women Rep attempted to move the masses like Safaricom shop attendant Pauline Shamola, social media users have moved swiftly to ridicule her efforts.

Shebesh was pictured sitting next to a disabled beggar on a street in Nairobi, a gesture that irked a section of Kenyans who labeled her a ‘hypocrite’ for engaging in useless PR stunts to seek political mileage.

Enter ‘#ShebeshChallenge’, a trend that has seen Kenyans post their pictures mocking Shebesh.

Check out some photos below: