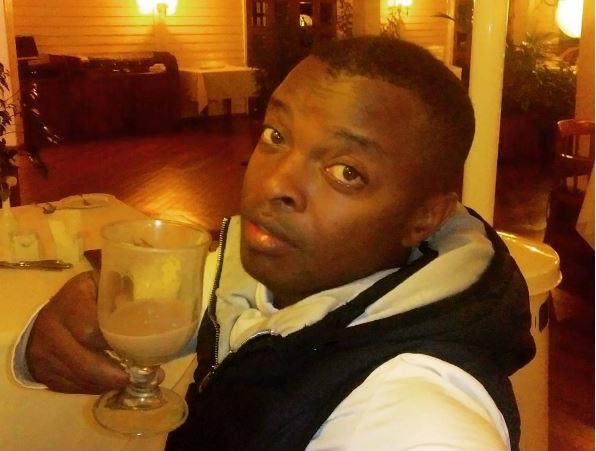 Less than two weeks ago, a local tabloid broke news that the ‘Tenda Wema’ singer was kicked out of the house with the headline, ‘KENYA’S ‘RICHEST MUSICIAN’ RINGTONE KICKED OUT OF KAREN MANSION FOR UNPAID RENT OF 400K.’

A few days ago, he took to social media to lash out at Kenyan media saying he deserves better treatment for the good that he has done for people in the country.

He also claimed to have hired an investigation firm to unearth the people behind his mudslinging.

On Tuesday, he fired another shot on social media through a photo in which he is seen in his house.

He sarcastically captioned it: “The poorest musician in Kenya since independence. Guys saying my small house in Karen where I keep my chicken has been closed. Do better research.” 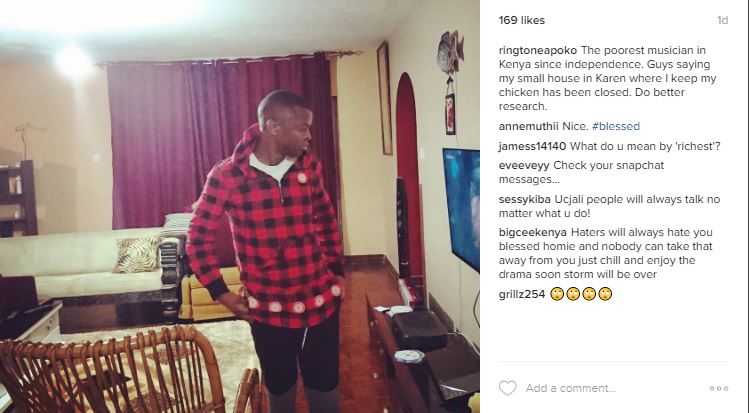 Loading...
Kiss FM’s Adelle Onyango Flaunts the Mystery Man in her Life (PHOTO) < Previous
Femi One: ‘Truth is Njeri Called Begging for a Collabo and I Turned her Down’ Next >
Recommended stories you may like: