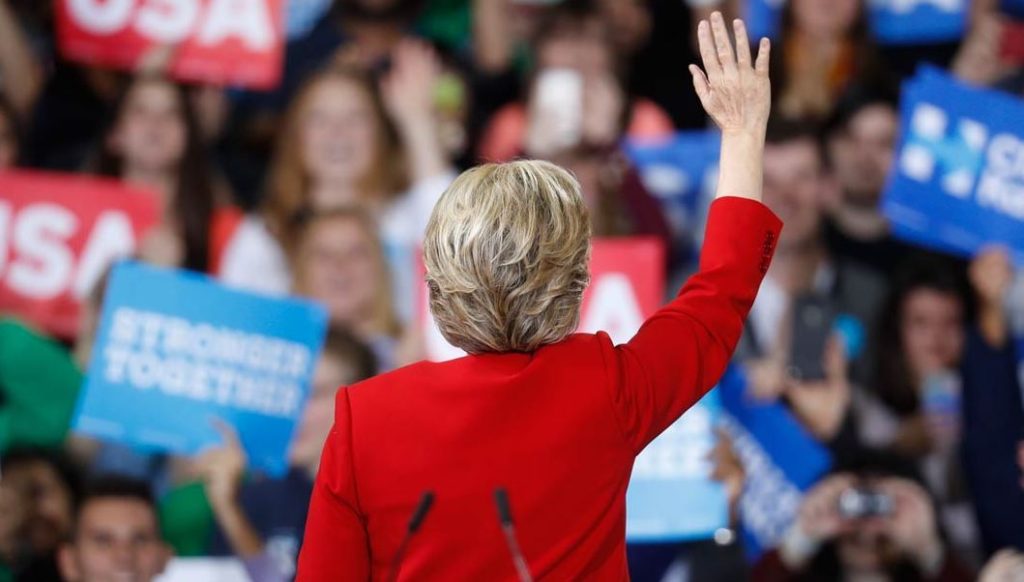 The United States goes to the ballot today. This historic election has seen the first woman candidate of a major party go against a very unorthodox man, regarded in many quarters as unfit to be president.

Despite a scare in last few weeks more so after the FBI announced a new email discovery, the polls have stabilized and Hillary has a reasonable lead according to most pollsters. However, some, like this one released yesterday, show Trump in the lead.

NBC/Wall Street Journal poll is even better news for the former secretary of state as it has her ahead by 4 points. (Hillary – 44% : Trump 40%).

The Washington Post/ABC tracking poll gives her a 5 point lead. Her average lead across 14 national polls is 1.9% according to FiveThirtyEight.

Early voting results are also quite promising for Hillary. In Florida for example, a state in which Trump must win in order to stay in the game, Hillary is leading by almost 100,000 votes with 5 million votes cast.

It would be easy at this point to call the election for Hillary, but turn out will be critical. There has been more enthusiasm around Trump’s campaign than Hillary’s, which has seen some people draw similarities with ‘Brexit’. Polls in the UK showed that Britain would remain in Europe, but most ‘remain’ voters stayed home.

Within the next 24 hours, the world will have known who the next president of the United States is.