POLL: Karua vs Waiguru… Whom Do You Support for Kirinyaga Governor? 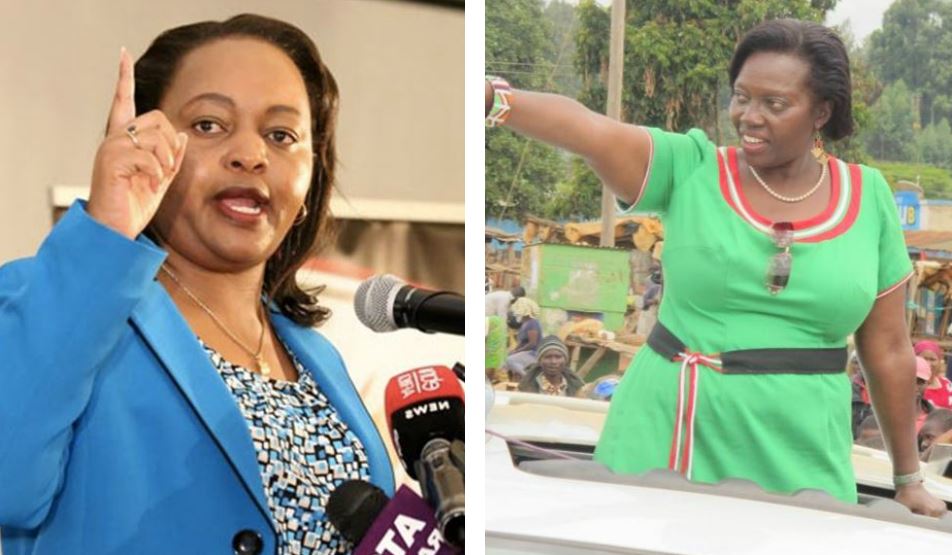 Narc Kenya leader Martha Karua has finally confirmed that she will vie for the Kirinyaga gubernatorial seat.

Karua’s announcement is a reversal from her declaration a few weeks ago that she will vie for the presidency again.

She told the media that she will be starting her campaign in two weeks.

The former presidential candidate further stated that she is not affiliated to either Cord or Jubilee. “I have no affiliation to CORD or Jubilee. The party is @narckenya,” she affirmed.

Most of her competitors are however interested in the Jubilee ticket, which will probably reduce the players towards the elections.

All eyes will however be on Karua and Waiguru. Both have name recognition and have held national positions. While Waiguru’s stint at the Devolution ministry was heavily tainted by corruption, Karua can defend herself as a clean politician who will not steal money from the cash cow that is the county government. For obvious reasons Waiguru cannot use that line of argument.

One month ago, we ran this poll to determine the level of support for Waiguru and Karua. Today we ask again, whom do you support for the Kirinyaga seat?

Loading...
Not Angry Enough? Only 20 Kenyans Showed Up for Mafia House Protest < Previous
“I Was Duped”: Kameme FM’s Njogu Wa Njoroge Apologizes To Kenyans for Previously Defending NYS Thieves Next >
Recommended stories you may like: