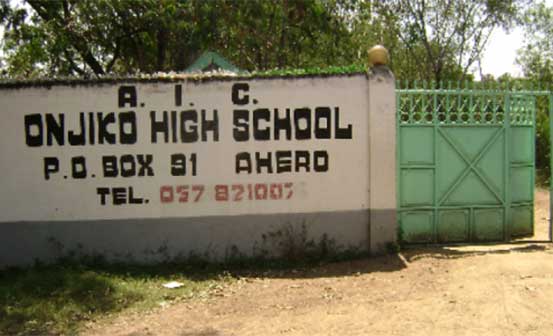 Students from Onjiko Boys’ High School in Kisumu County were on Wednesday arrested after their mission to sneak into a girls’ school failed.

The nine Form Four students had trekked 10km from their school to Ahero Girls Secondary school on Wednesday night but were repulsed by the school’s watchmen.

Having failed with that mission, the students allegedly broke into shops at the Ahero township but were accosted by the public before the police intervened and arrested them.

Nyando acting OCPD Gathoni Mungaro confirmed the arrest of the boys but denied claims they had stolen property.

It is believed the boys had planned the night raid for a sexual escapade.

“We have since established the boys and girls had been in constant communication by use of mobile phones, this is how they planned the night meeting,” said Mungaro as quoted by Standard.

Mungaro said the police will interrogate the girls involved as well.

“When such things happen, a lot of rumors move around. There have been claims that the boys had gone to the girls to share with them leaked examinations. That is why we have taken our time to interrogate them and record their statements,” she said.

Loading...
Fourth Year University Student Killed by Fork Lift at Construction Site < Previous
Boniface Mwangi: “Jeff Koinange Lied To Me… I Cannot Debate a Hate Monger” Next >
Recommended stories you may like: