The Nation Media Group has come out to apologize for publishing a classified advert looking for people interested in joining a ‘corruption cartel’.

Images of the newspaper page were trending on Twitter on Friday forcing the parent company of Daily Nation to apologize.

”Join corruption cartels and win government tenders without sweat,” read the ad which then listed a phone number to call. 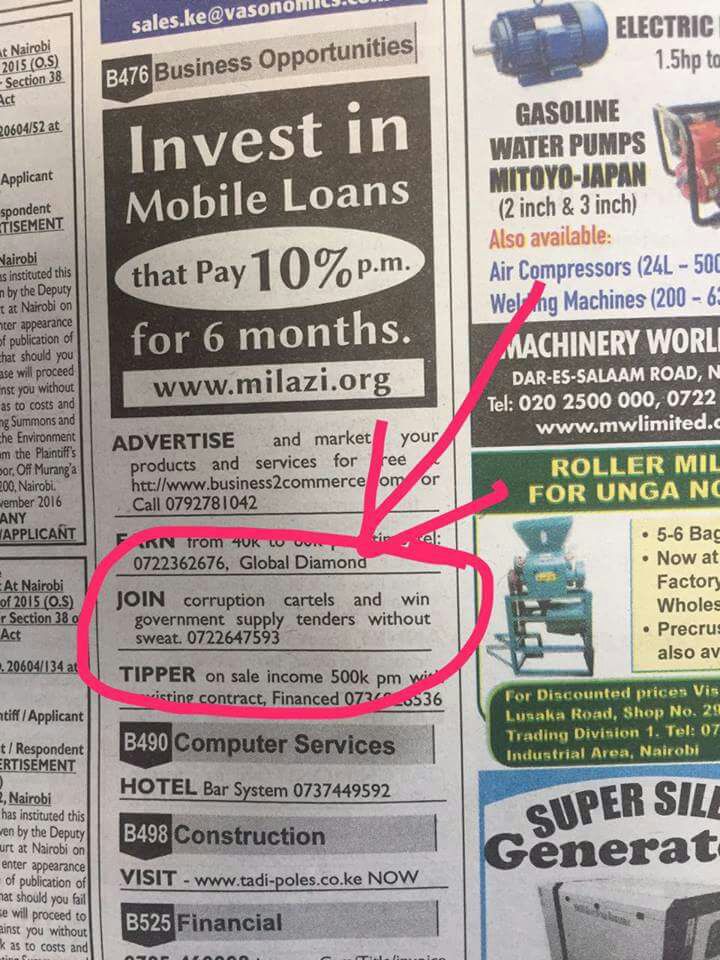 It was obviously intended to defraud Kenyans, therefore a surprise that Nation allowed it to be published in the first place.

”We refer to the publication of a classified advertisement that was erroneously published in the Daily Nation,” NMG’s statement read in part. ”Nation Media Group does not support or condone such advertisement which clearly goes against our mission to positively impact society’s values and our editorial policy.” 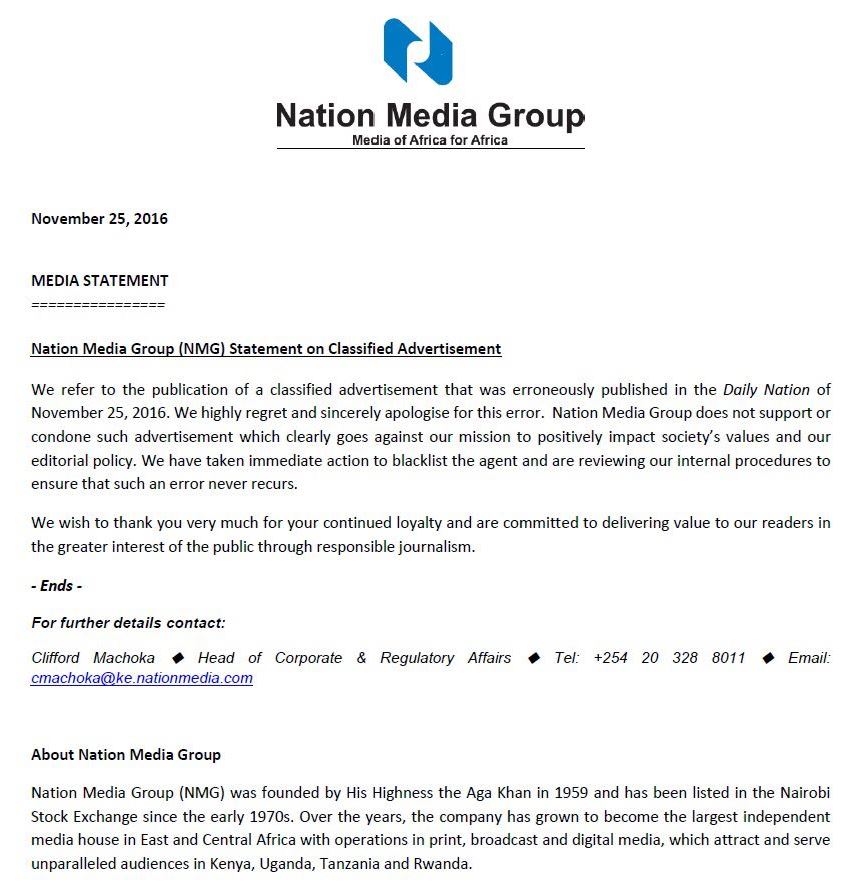 Loading...
How People Almost Kill Each Other on Black Friday… The Most Horrific Stories < Previous
ADIOS: Jeff Koinange Quits KTN, Ends JKL Next >
Recommended stories you may like: