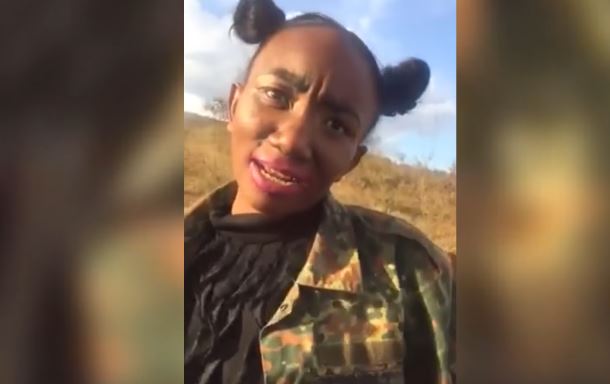 Njeri’s audio diss track of Femi One dubbed ‘Conoka/FemiPlan’ was not the end of the beef pitting the two female rappers.

Njeri, a self-proclaimed Kikuyu rapper dropped the diss track less than two weeks after Femi One released ‘Pilau Njeri.’ Njeri’s diss, albeit only in audio, has been making waves in the country.

Now, there is a video to accompany the hard-hitting and abusive track and it is hilarious.

Femi One will probably be regretting starting this beef.

Loading...
The Hottest Stories on the Internet Today (Monday November 14) < Previous
Nyeri Man Attempts Suicide From Mosque Tower Next >
Recommended stories you may like: