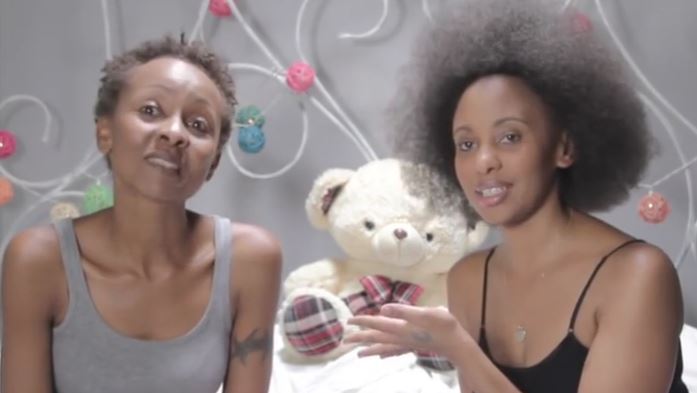 In trying to ban Nini Wacera and Kaz Lucas’ controversial show, The Spread, KFCB Boss Ezekiel Mutua may have shot himself in the foot. The sex-positive podcast, labelled by Mutua as a lesbian show hosted by popular lesbian celebrities, has grown to be quite popular since Mutua’s ban.

With the increasing listenership on Soundcloud, the ladies have upped the ante by turning it into viewership on the popular video platform, YouTube.

The two start by explaining what necessitated the move to YouTube.

“There was a lot of questions coming in and we were unable to answer all your questions on the podcast, so we decided to create a medium where we could answer all those questions,” says Kaz.

In each episode, the duo will be tackling a question from their audience.

Don’t be left behind, watch the first episode below: