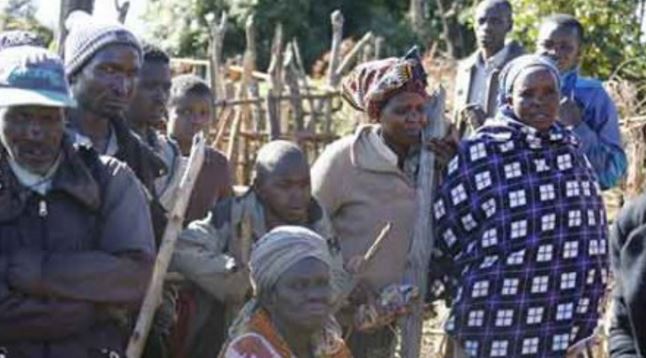 Parents of an 11 year old girl are in police custody after they allegedly beat their daughter to death.

According to the victim’s younger brother, Gilbert Kibet, it was painful for him to witness his parents senselessly beat up his sister who later succumbed to injuries.

He said his sister left home around 5pm last Thursday in the company of her friends and was hesitant to return home after the ceremony for fear her of punishment.

“Instead of coming back home, she sought refuge at a neighbour’s home where funeral preparations were going on for fear of being punished,” said Kibet.

Her father is said to have spotted her at the funeral and together with his wife, dragged her home where they descended on her.

“I begged them to forgive her but they dismissed me, saying I am also undisciplined. They went ahead to tie her hands and legs with a rope and continued to beat her. They did not stop even when she started bleeding profusely from her nostrils,” said Kibet.

The minor died at around 5am the following day as she was being taken to Olenguruone hospital.

The suspect is said to have surrendered to the police later, according to Standard.

Loading...
Check Out PHOTOS of Zari’s Lavish Baby Shower < Previous
Vitimbi Actress ‘Nyasuguta’ to Vie for Parliamentary Seat in 2017 Next >
Recommended stories you may like: