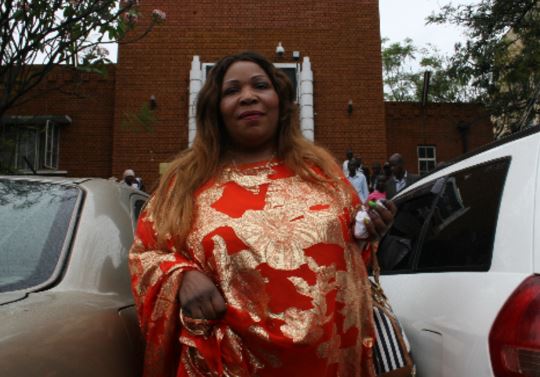 Kenyans, and in particular residents of Kakamega County are in for a treat if a promise made by gubernatorial hopeful Mabel Muruli is to be believed.

Describing the two as her good friends, Mabel said she will be hosting them soon.

“I am going to bring Rooney and Beckham so that you can mingle with them. They will be here, I promise you,” she said.

She said that the athletes will be setting up an academy in Kakamega to nurture young talent in the area.

Mabel was speaking during the official launch of her county football tournament that is expected to run until April next year.

She further delivered greetings from Tottenham Hotspurs midfield maestro Victor Wanyama, whom she claimed is her neighbour.

“ I meet Wanyama most of the time in England since we stay in the same estate and he sent me to pass his regards,” said Muruli.

Loading...
Why Size 8 Spent Close to Sh 500,000 on Daughter’s Birthday < Previous
Miguna Miguna: ‘Donald Kipkorir is a Mediocre Male Socialite’ Next >
Recommended stories you may like: