Homestretch: Who Do You Think Will Be The Next US President 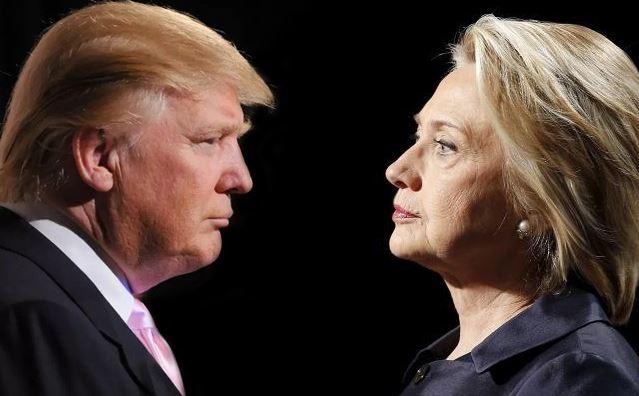 In about 24 hours, the United States goes to the ballot to elect the man or woman who will be their 45th president. Technically, Donald Trump or Hillary Clinton will be the 44th person to hold that office. It turns out the 22nd and 24th president was actually the same man.

This is a historic election. Coming right after they elected the first black president, the US may now elect the first female president. Even if she does not succeed Obama, Hillary Clinton has already made history as the first female candidate of a major party. They are calling it ‘Herstory’.

A decade ago, no one would have thought that a woman would be on the verge of being the ‘leader of the free world’. Several decades before that, American women were not even allowed to vote.

A few weeks ago, the election was considered ‘over’ with everyone calling it for Hillary. This was after Donald Trump’s infamous ‘grab them by the p***y’ tape leaked. The former secretary of state opened a big lead in the opinion polls, some putting her ahead by up to 10 percentage points. She received endorsements from all major publications with everyone agreeing that Trump was too toxic for the Oval Office.

And then the FBI announced a new email discovery.

In a matter of days, Clinton’s numbers plummeted. States that she held a narrow lead became battleground states, and some battleground states moved to Trump. Her lead in opinion polls moved from an average of 6 to 1 or 2. Even with just hours remaining, some polls show her either tied with Trump or losing by a point or so.

Two weeks ago, celebrity statistician Nate Silver reduced Hillary’s chances of winning from around 88% to 65%. Nate has a ridiculously accurate prediction model, not just for the presidency but also for the senators.

His track record has therefore given Democrats a reason to worry, since he is only giving Hillary a 65% chance, down more than 20% in 2 weeks. 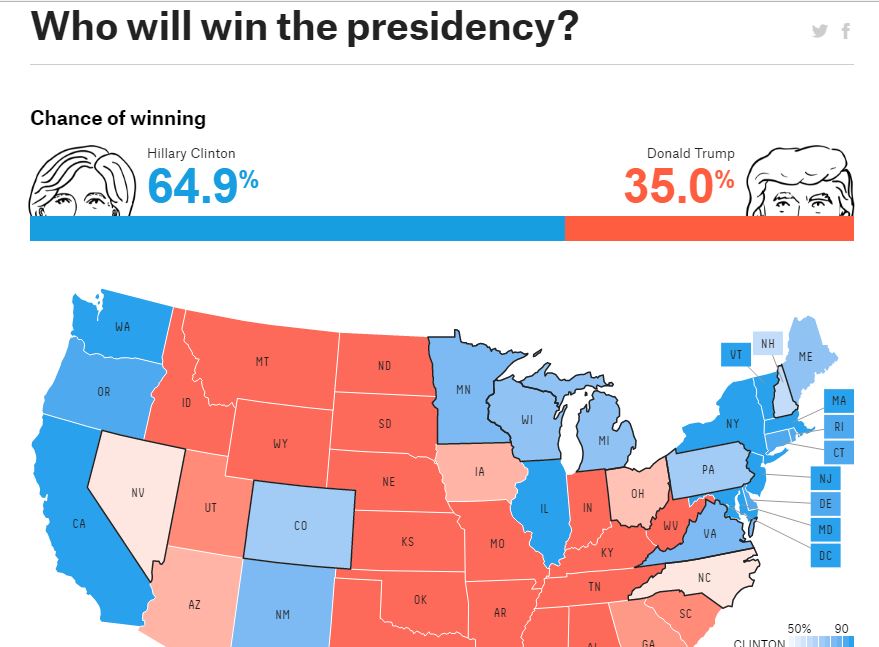 Luckily for Hillary, California’s votes are deeply in her pockets. 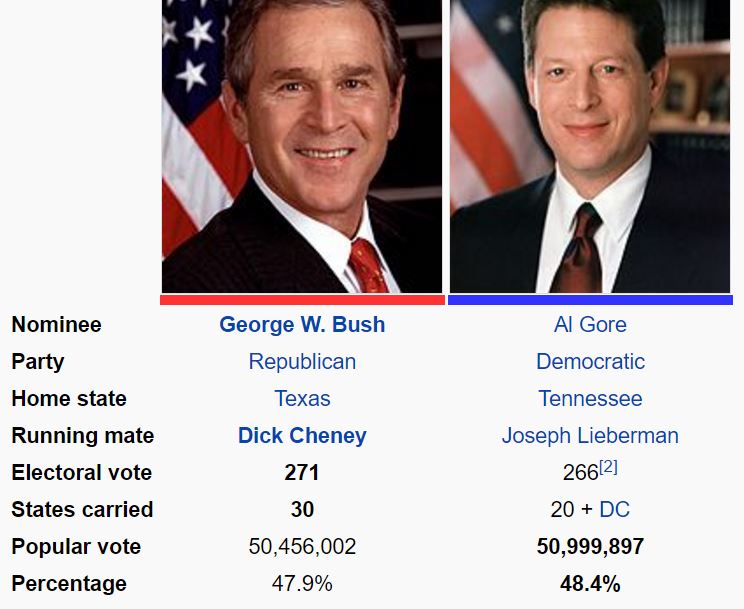 It is also possible for the election to end in a tie. Also, if the smaller party candidates perform well, it is possible for neither Hillary nor Trump to get the required 270 votes. In this case, the House of Representatives elect the president while Senate elects the Vice President.

The possibility of a 269-269 tie in this election is quite high, as explained by this Fox News report.

All in all, as America goes to the ballot, Hillary Clinton is still the favourite. The betting markets place her odds at about 1.3 while Trump’s odds are about 4.

However, unlike Trump, she is seen as dull and boring, and her campaign has lacked enthusiasm which may affect turn out. Compare that to Trump who has filled every single venue he has held a rally.

Trump hopes he will pull a ‘Brexit’ – where every poll predicted that Britain would remain in Europe, but the ‘leave’ voters turned out in much more numbers than the ‘remain’ voters.

Here in Kenya we will be observing the elections keenly.

Who do you think will be the next US President?

Loading...
God is With Her: TB Joshua Prophecies The Next US President < Previous
The Hottest Stories on the Internet Today (Tuesday November 8) Next >
Recommended stories you may like: