Full Text: Ashleys Condemns Kenyans for Referring to Kabura as a ‘Mere’ Hairdresser 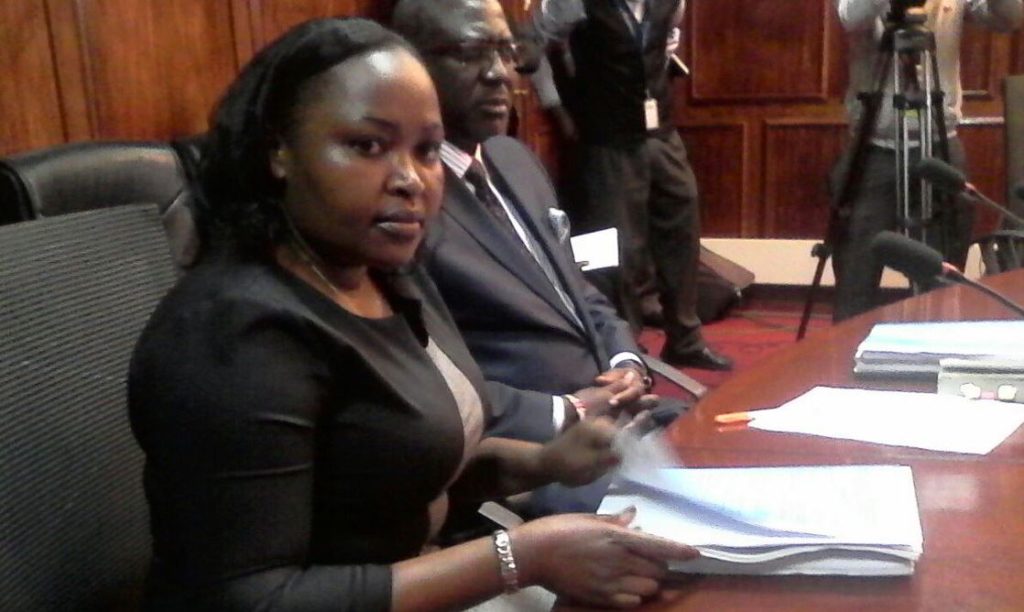 One of the arguments given to prove that NYS money was stolen is Josephine Kabura’s sudden rise from a ‘mere’ hairdresser to a millionaire. Within a span of a few months, her accounts moved from having Sh650, to handling withdrawals of tens of millions a day. Kenyans could not understand how Kabura, believed to have been Anne Waiguru’s hairdresser could pull that one off.

By labelling her a ‘hairdresser’, it appears that members of the profession felt looked down upon.

Ashleys Kenya, a major player in the industry, has released a press statement condemning the Parliamentary Accounts Committee, media houses and all interested parties for using the term.

”We strongly condemn the manner in which Josephine Kabura is constantly being referred to as a ‘mere’ hairdresser either presently or in the past.” reads part of the statement. ”Please do not degrade a profession that employs so many Kenyans – especially the youth and one that contributes huge sums in taxes.” 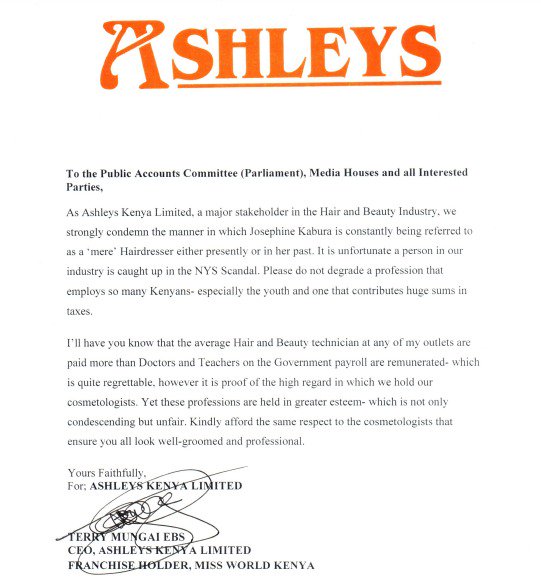 Kabura is one of people suspected of stealing at least Sh791 million.

Loading...
Drama at JKIA as Top UN Official Beats Up Colleague Over Smelly Socks < Previous
44 Iconic PHOTOS of Barack Obama as President Next >
Recommended stories you may like: