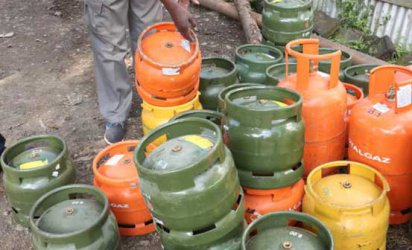 The two are said to be part of a cartel working at an illegal gas filling point when one of the cylinders leaked and caused a fire and loud explosion.

Police said the fire spread fast, burning the two as their colleagues escaped.

The fire was contained by firefighters from the county government.

The injured were rushed to Ndenderu Health Centre for treatment and later referred to Kiambu Hospital.

ERC officials are planning a raid in the area.

Loading...
VIDEO: Watch Huddah Monroe Show Off her Gun-Handling Skills < Previous
57 KDF Hopefuls Arrested with Fake Calling Papers in Eldoret Next >
Recommended stories you may like: