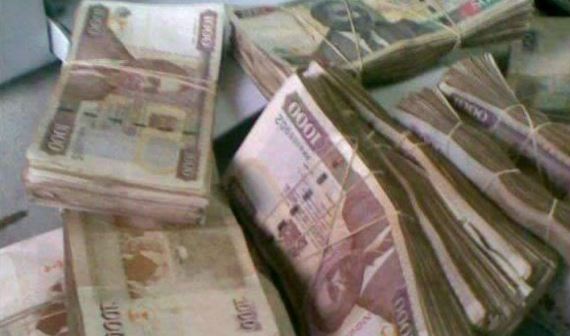 No sooner had a 40-year-old trader thought his life had changed than his rags to riches dream was quashed on Thursday after a local bank called the police on him for ‘attempted fraud’.

Simon Wafula, a mitumba clothes dealer in Kisumu, was arrested after presenting a ‘fake million dollar bill’ to the forex section of a Kisumu bank, Citizen reports.

Mr Wafula had retrieved the fake bill from his merchandise.

The Kibuye Market trader was turned down by the first bank before he tried his luck on the next bank.

Mr Wafula’s windfall would have been equivalent to nearly Ksh100 million.

Confirming the incident, Kisumu County Police Commander Titus Yoma said the suspect who was held at Kisumu Central police was oblivious of the fact the piece of paper in hand was worthless.

“He went to one bank and asked if it could be converted to Kenyan money but was informed that it wasn’t real. He decided to inquire in another bank,” said Yoma.

“The piece of paper looks like a dollar note on one side but on the other side, it has what looks like church announcements printed. He was reported by the second bank,” he added.

The man was later released since no charges could be pressed against him.