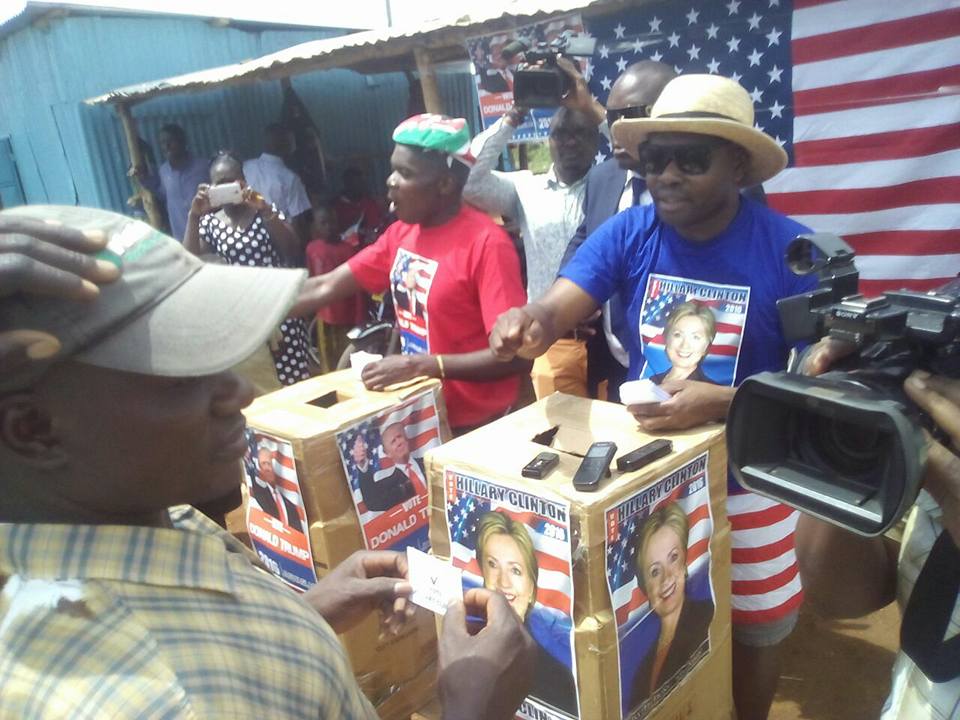 Democrat Hillary Clinton is the new President of the United States according to Kenyans living in Kogelo, Siaya county.

Locals of the area, which is Barack Obama’s rural village conducted a mock poll in which Clinton emerged the winner after garnering 78 per cent votes against Republican nominee Donald Trump’s 22 per cent.

The residents lined up carrying white papers and cast their votes in two makeshift ballot boxes branded with Trump’s and Clinton’s images.

Along with casting votes, the locals chanted Hilary’s name saying they were supporting US President Barack Obama’s choice.

A ‘presiding’ officer was stationed behind each of the boxes to ensure the elections were free and fair. 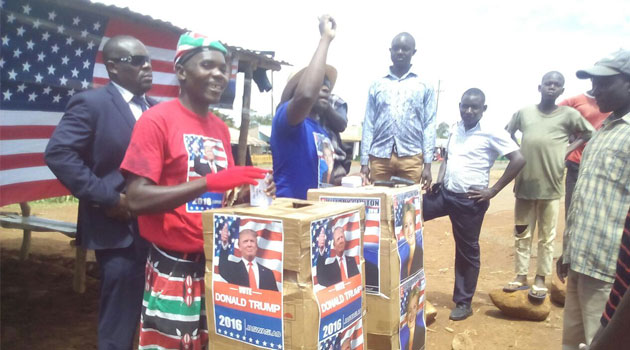 Loading...
PHOTOS – Kenyan Guy Gets Bizarre Tattoo to Have Pink Lips < Previous
Hilarious Meme Compilation (Wednesday November 9) Next >
Recommended stories you may like: