As Isaac Ruto Flies To South Africa, Magufuli’s Wife Admitted To a Public Hospital in Tanzania

When news broke that Bomet Governor Isaac Ruto had flown to South Africa for ‘specialized’ treatment, Kenyans were left wondering how we can perform a delicate and complicated conjoined twins separation but be unable to treat a broken nose. 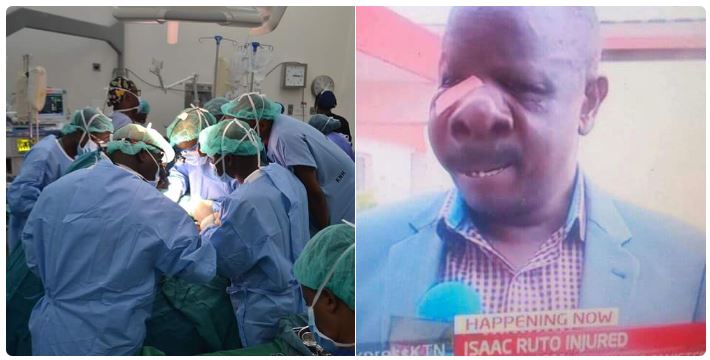 That has been the story of our politicians who will fly out of the country at the first instance, even when their conditions can easily be treated locally.

In Tanzania however, President Magufuli is leading by example by having his wife treated, not only locally but at a public hospital.

A photo has been doing rounds showing Magufuli talking to his wife who is on a hospital bed at Muhimbili referral hospital in Dar es Salam. The hospital is basically Tanzania’s version of KNH. 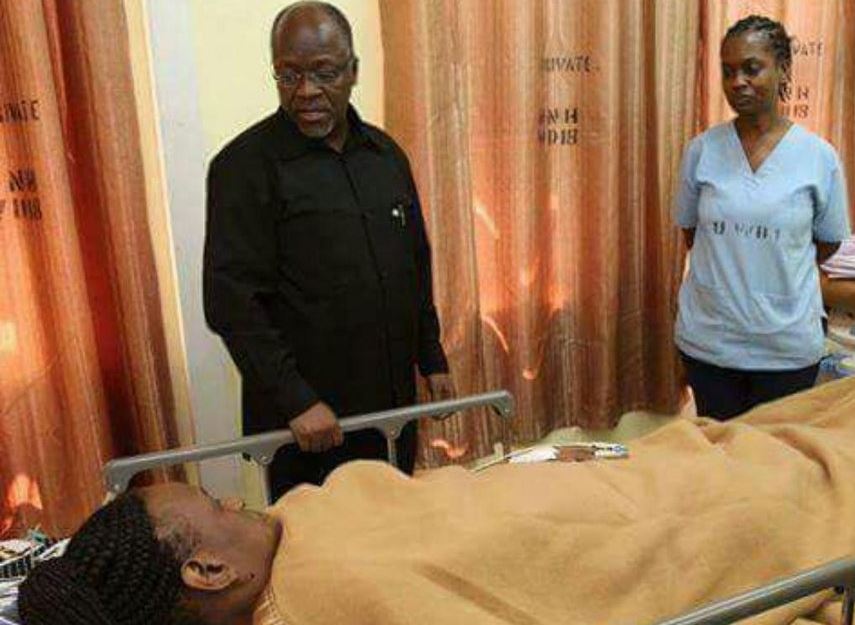 The teaching and referral hospital is a 1500 bed facility.

Former president Mwai Kibaki was also recently flown out to South Africa for further treatment after spending some time at Karen Hospital. Neither Kibaki nor anyone in the current crop of top politicians has ever been admitted at a public hospital.