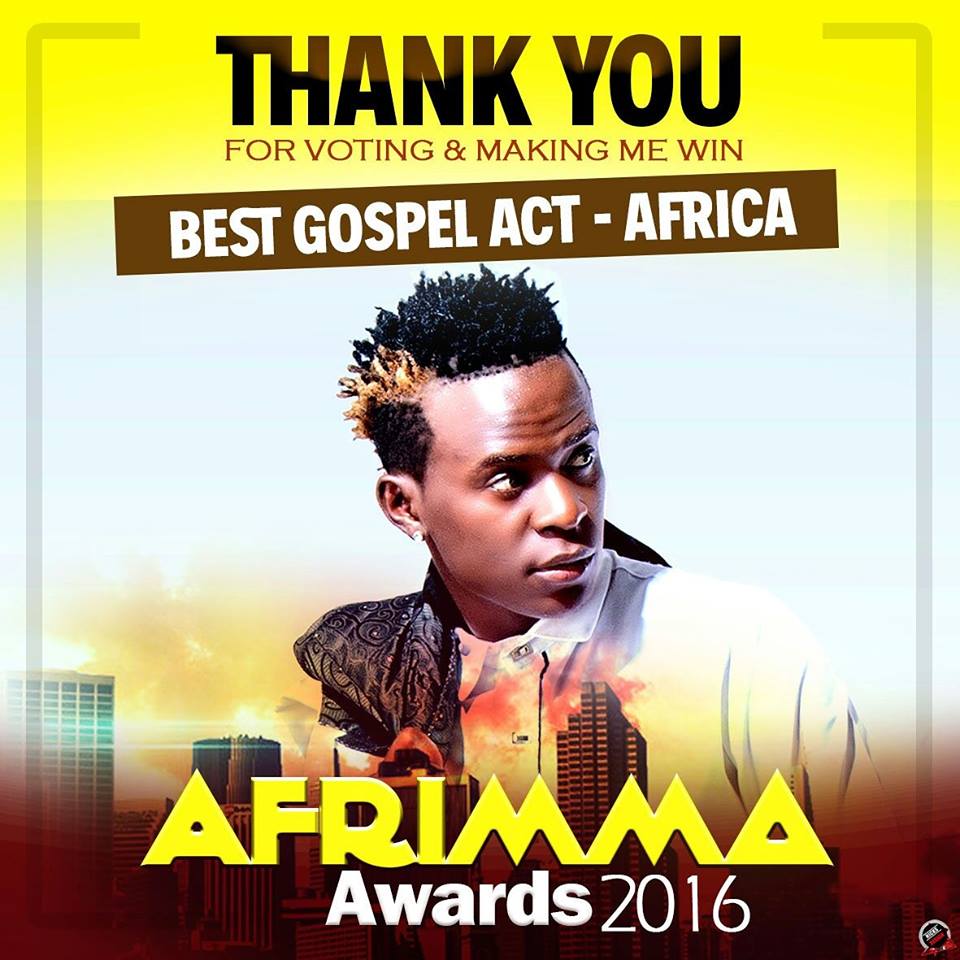 By the way of his celebrations on social media, gospel singer Willy Paul really needed an award at the recently concluded Afrimma Awards ceremony at Dallas city, Texas on Saturday, October 15.

“Words alone cannot express how grateful I am for the love and support you’ve given me from day one to date!! I wanna say a big thank you to all my loyal fans ( family ) you’ve all pushed me to the next level.. you are the ones God use to elevate me to the next level..
With all the hate we still made it together.. I’m glad to say that i have been named; the BEST GOSPEL ARTIST, not only in kenya but in AFRICA..
Yesterday night in Dallas USA we made history… I was named a winner!!

Willy added that the award was not gifted him as some may allude and that it was through his consistency and creativity.

“I thank God for the win. Some people would probably say Afrimma ‘gifted’ me the award; but that is not the case. I have been consistent, creative and appreciative of genuine support that I get from fans,” Willy Paul told eDaily.

He also addressed his haters, thanking them for their positive criticisms.

“I pray for them. They should know that it is God’s will that would always prevail. Though I thank them for positive criticism that has helped me get to where I am today.”

The singer now plans to collaborate with international gospel acts to take his music to the next stage.

Below are some of the Facebook posts he updated following his win: 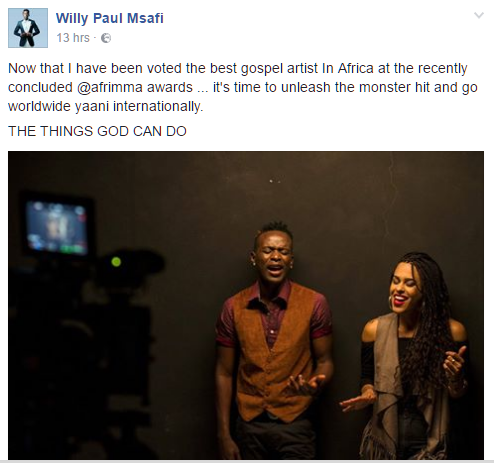 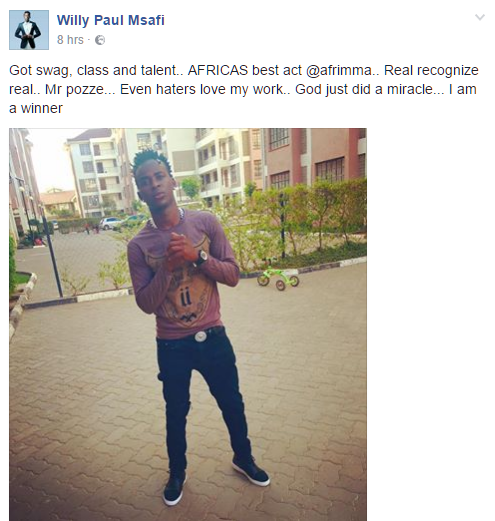 Loading...
Ping Pong Science… These Guys Have a PhD (VIDEO) < Previous
VIDEO: Koffi Olomide Apologises, Sends Love and Blessings to Kenyans Next >
Recommended stories you may like: