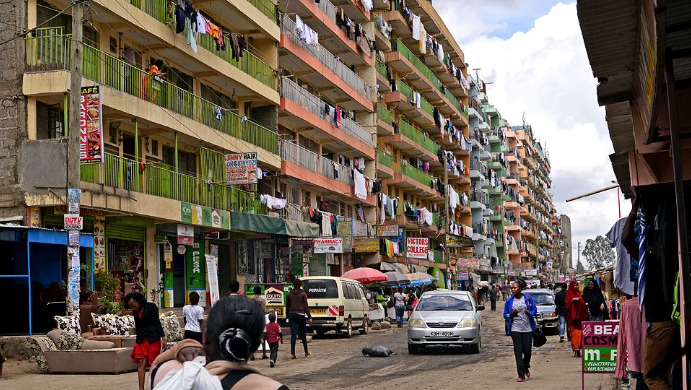 The next time you visit someone who lives in Embakasi’s Pipeline Estate, it would be wise not to leave your shoes outside.

Residents of the estate are crying foul over the rising cases of shoes changing ownership courtesy of a bunch of thieving youth combing buildings ‘cleaning’ shoes left at doorsteps.

Over the weekend, one woman lost five pairs of shoes to the thugs during the day. Her brother and friends, students of JKUAT (Jomo Kenyatta University of Agriculture and Technology), who had paid her a visit, were forced to travel back to Juja where the campus is situated in borrowed slippers.

“We removed our shoes at the door as we went in. After about three minutes, I went out to receive a phone call from a friend only to find all the pairs missing,” said Rufton Ng’iela, a first-year student at JKUAT as quoted by The Nairobian.

Caretakers in most flats have confirmed the escalating theft of shoes even though no cases have been reported to police.

Residents have reportedly been forced to even keep their dirty shoes inside.

One Ken Opundo told the local daily, “I saw the shoes at 10pm, before we retired to bed, only to wake up the following day and find my sweetheart’s shoes missing.”

A caretaker in one of the buildings identified as Sam Nyakundi, has blamed the theft on booming business of second-hand shoes along the railway line.

Loading...
VIDEO – Lady Gaga’s Carpool Karaoke Was The Best Yet < Previous
VIDEO: Diamond Platnumz Thrilled With his New Palatial Mansion in Pretoria Next >
Recommended stories you may like: