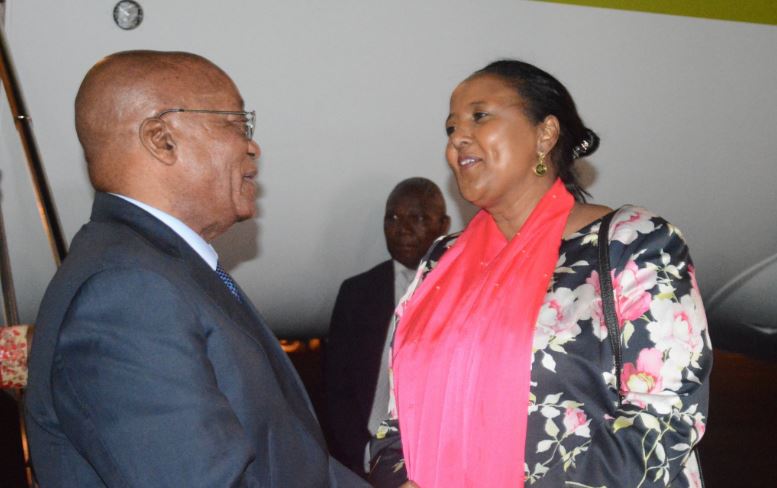 When South African president Jacob Zuma arrived in the country, officials in government were confident that South Africa would support Amina Mohamed’s candidature. Indeed, that was reportedly part of the issues to be discussed.

However, disappointment would soon follow after South Africa revealed that they will not be supporting the Kenyan CS.

To add salt on the wound, Zuma’s delegation revealed that South Africa was not alone on this. Apparently in June this year, the 15 countries that make up SADC decided to back Botswana’s Foreign Minister Pelonomi Venson Moitoi for the AU top position.

This new revelation leaves Amb. Amina with a very narrow chance of getting the job, because most of Kenya’s close allies include countries like Zambia, Seychelles, Malawi, Namibia and closest home Tanzania, who may now have to abide by SADC resolution.

To make matters worse, Uganda’s Specioza Wandira Kazibwe is also going for the top seat, which divides the East African Community further. Will Rwanda, Burundi, South Sudan, Ethiopia and DRC support Kenya’s nominee, or vote for the Ugandan who joined the race much earlier?

While Kenyans can attest to Amina’s competence, world politics don’t work like that.

It is however still possible that Kenya can lobby more countries for their support between now and January.

Loading...
Why You Will Soon Have To Pay for Supermarket Paper Bags < Previous
Hilarious Meme Compilation (Thursday October 13) Next >
Recommended stories you may like: