Romantic PHOTOS of Sean and Elodie Before They Broke Up

Sean Andrew and Elodie Zone have been in the news all this week after they separately confirmed their break up.

In May this year, Nairobi Wire exclusively broke the news of their relationship, and what followed was a keen interest in their lives by all media.

The upcoming YouTube star and the former president’s grandson have been dating for several years, sometimes with long periods of long distance between them.

Sean hinted on Instagram a few weeks ago that their relationship was dead. He even accused Elodie of being a drug user. 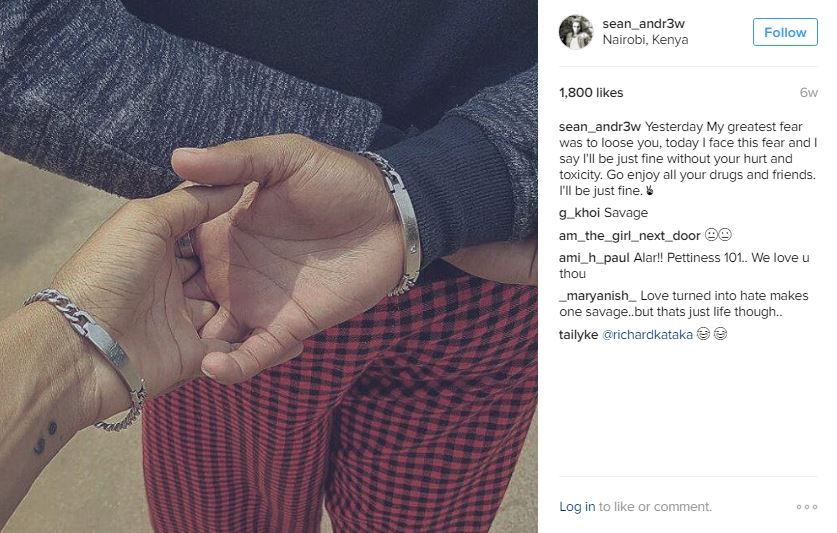 Elodie took a while to compose herself, and a few days ago she confirmed that their relationship was no more. On Instagram, she wrote,

A lot of stories are being made up about the breakup by random people and worst, by trusted media houses and newspapers. I ask that you don’t believe any of them!
From here on, I won’t be responding to any questions or statements about my past relationship.
This is a very hard thing to write but as an entertainer, my followers are my family and I promised to be honest and open with you all. 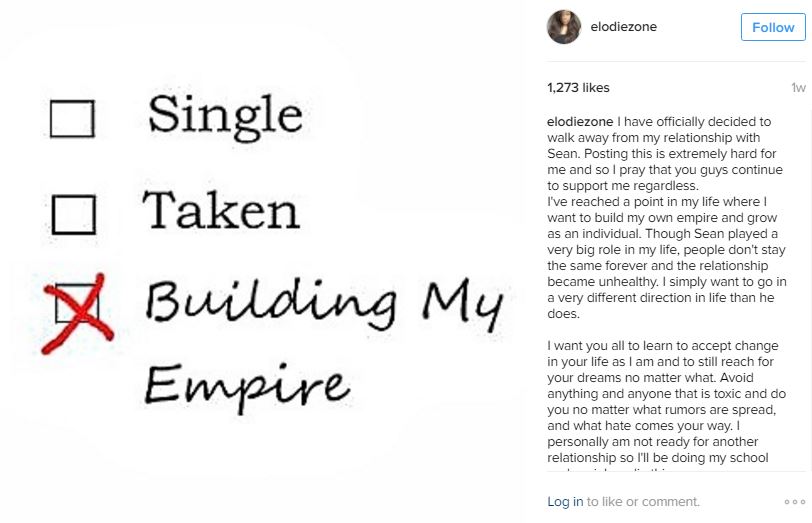 There’s no denying that the couple was incredibly cute, and should they get themselves back into the market, there will definitely be many willing suitors.

Here are some of their photos before they called it quits. 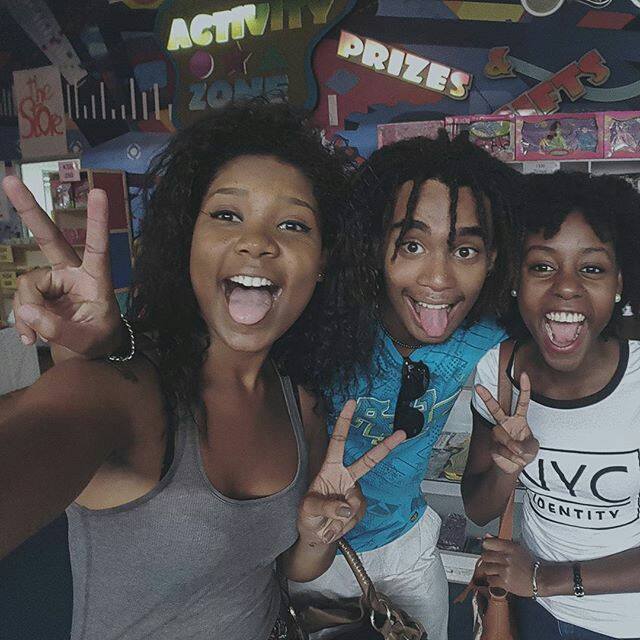 Loading...
First Lady Margaret Kenyatta Resurfaces After Going Missing for One Month < Previous
Man Discovers How To Game Kenya Power and Get Much More Tokens for Less Next >
Recommended stories you may like: