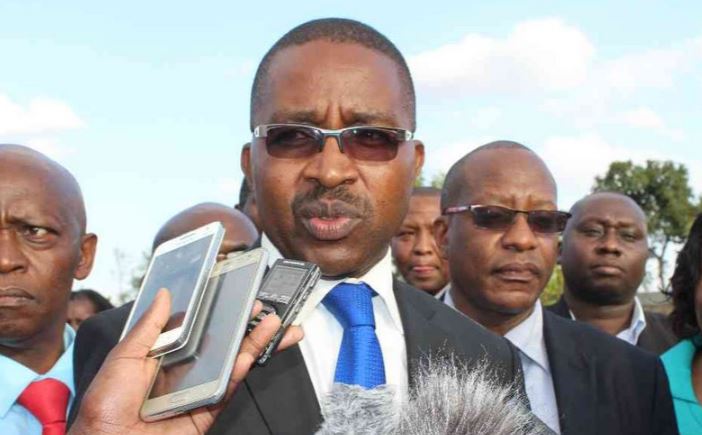 Murang’a has been in the news consistently in the last few weeks. First it was the tunnel that is meant to supply water to Nairobi. Cord leader Raila Odinga alleged that the county would turn into a desert in the next few years if the project continues. Politicians from the county were left divided.

Read: Raila Bombshell: The ‘Secret’ Jubilee Project That Will Turn Kenya Into a Desert in 5 Years

Then came Peter Kenneth’s announcement that he will vie for governor. Having being an MP for Gatanga which is in Murang’a constituency, Murang’a governorship for the former presidential candidate looks like the logical next step. However, he is conflicted between his home county and Nairobi.

Read: Peter Kenneth Vs Sonko Vs Miguna Miguna… Whom Do You Support for Nairobi Governor

Even with the likelihood of PK joining the Murang’a race, the seat is anything but guaranteed.

There is already a big political rivalry between Senate Deputy Speaker Kembi Gitura who is also Murang’a senator, and current governor Mwangi wa Iria. The two do not see eye to eye and if Kembi decides to follow the trend by other senators and join the gubernatorial race, things are going to be heated.

Yesterday, the two showed us a glimpse of what to expect in 2017.

Wa Iria had appeared before Senate’s Public Accounts Committee to answer questions of misappropriation of public funds in his county. He allegedly bought a piece of land at a cost of Sh340 million, nearly twice the amount it had been valued at.

When Kembi brought up the issue of the independent valuer, Wa Iria went ballistic and accused him of playing politics. He literally brought the proceedings to a halt saying he could not allow Kembi to use his position in the committee to settle political scores. Despite multiple attempts to switch off his mic, Wa Iria kept switching it on to continue with his rant.

Chairman Anyang’ Nyong’o adjourned the proceeding promising to take action on the governor.

Kembi later called a press conference where he stated that his life is in danger and should he dare to step foot into Murang’a, he may not return.