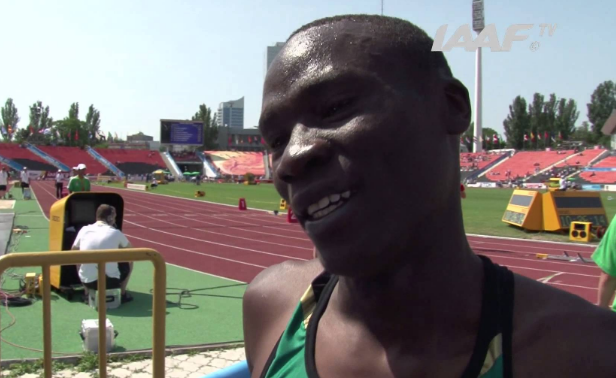 The promising 2013 Kenya national youth champion collapsed and passed on at a hospital in Machakos on Monday.

According to his coach Peter Muia, Mutuku checked himself into Machakos Level 5 Hospital on Friday with a swollen body before his condition worsened.

Incidentally, the 19-year old’s wife and young son were also admitted at the same hospital.

Mutuku’s son was admitted for a kidney problem and according to his coach, the athlete was heading to the pediatric ward to see his son before he collapsed.

“When I left the Madoka Half Marathon, I came to visit him on Sunday and he was very healthy although his feet were swollen. He had been admitted together with the wife who was with their toddler in another ward.

“At around 8am in the morning (Monday) he had difficulties in breathing and after removing his oxygen mask, he woke up to go visit his child, it was as if he knew his end was near,” Muia told Citizen Digital.

“After returning to his bed, he collapsed barely five minutes later. He started foaming and doctors tried to resuscitate him but he died shortly after,” Muia added.

Mutuku finished fourth at both the 2013 IAAF World Youth Championships in Donetsk, Ukraine and 2014 Olympics Youth Games and was seen as a future prospect for the country in the lap-race.

Watch a video of Mutuku speaking to a reporter during the IAAF World Youth Championships Donetsk 2013 in Ukraine.

Loading...
REVEALED: The Staggering Amount of Money Akothee Charges for a Collabo < Previous
PHOTO – Safaricom Employee Warms Hearts with Incredible Service for Disabled Customer Next >
Recommended stories you may like: