POLL: Do You Support Introduction of the Death Penalty To Fight Corruption? 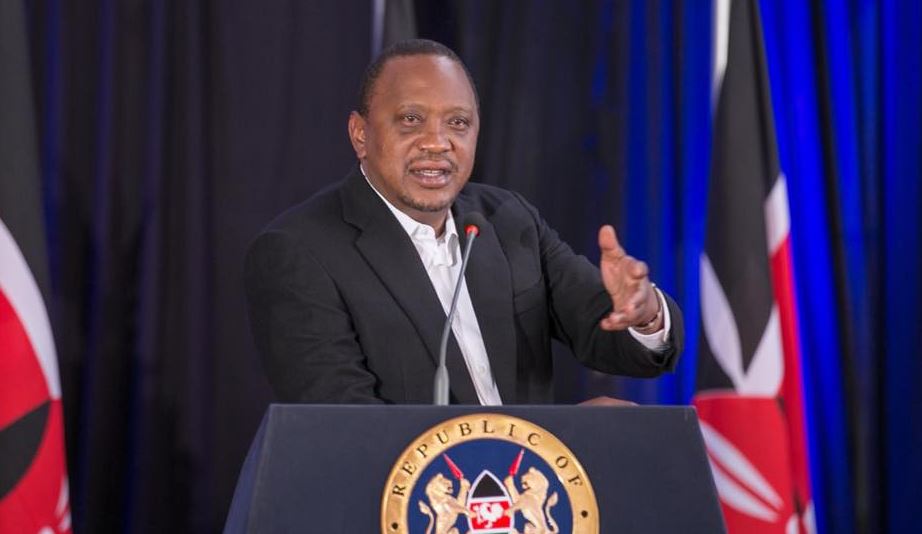 President Uhuru Kenyatta has gone on record and stated that there’s nothing he can do about Kenya’s corruption situation. The same president who almost moved mountains to get himself out of the ICC. The same one who mobilized everyone to fight second generation liquor in Central Kenya, in the process breaking a few laws.

The same one who has reduced Al shabaab attacks in the country, and even if no one speaks about it, through some really inhumane methods especially directed at one community.

The same one who has delivered the first phase of the Standard Gauge Railway in record time.

By now the pattern is clear… Uhuru can work, but he works when he wants.

When he spoke at the corruption summit and stated how helpless he is in the fight against graft, that was a clear message that he doesn’t want to end it. He transferred all the blame to the investigating bodies, the prosecution and the judiciary.

Let’s be serious for a while. The president and in extension the government only ‘cry’ about the independence of the judiciary, the EACC and the police whenever they are the ones being investigated. But known people in government have no objection interfering when it’s looting time.

We may have an ‘independent’ police force, judiciary and EACC on paper as the constitution stipulates, but it will take years if not decades for that to be the reality.

Former EACC chairman Philip Kinisu’s company Esaki Ltd received Sh150 million from the Sh5 billion loot at Afya Centre. I don’t know about you but to me, that sounds a lot like a ‘look the other way’ gift card.

When the person responsible for keeping corruption at bay is mentioned in not one but two corruption scandals, then that really is the end of the fight.

One thing is certain. The fight against graft is not a one man business. Uhuru alone cannot end the vice, and you just need to look around for the evidence.

Corruption has been part of us for decades, and even as I attack top government officials for stealing, I’ll probably bribe a police officer to get out of a tricky situation. If I can bribe down here, it beats logic for anyone to expect me to be a saint up there where I’m handling billions.

Ending this culture will take a lot of hard work and patience. But there must be visible action, and it must trickle down from the Presidency. We must see Uhuru take action on the people he can actually fire. We must see him influence the people he cannot directly fire. He must give them both personal and political pressure to perform.

But when we hear of Uhuru’s unwavering support for Waiguru, and then he tells us how determined he is to fight graft… someone is being played.

While addressing the same corruption summit in State House, the president asked, “Do you want me to go and get a firing squad at Uhuru Park so that people can be happy?”

Well, I think it’s time to have that conversation.

China is one of the countries that has a death penalty for officials convicted of corruption. Many government officials and influential businessmen have met their deaths this way. There is wide public support with opinion polls finding that over 70% of Chinese citizens support the executions.

As a result, their economy has grown to unimaginable scales.

What if we changed our laws to have the same here?

Would we still have clerks overstating the price of biros if the first 100 officials were executed? Will we still hear of briefcases with Sh200 million changing hands?

I don’t think so.

Do you support the death penalty for mega corruption?

Loading...
Zero Chills: Kitale Man Disses City Folks Who Visit on Christmas Dangling Bottled Water < Previous
This is What NMG Did After Anonymous People Bought All Business Daily Copies in Circulation Next >
Recommended stories you may like: