Apparently, the Biblical Cain who killed his brother Abel once visited Gaturi village in Murang’a County.

Residents of the village believe it to be true and have the evidence to prove it. They argue that an imprinted shape of a trouser, belt, and shoe on a rock in the quiet village belonged to Cain who left them behind after bathing in the nearby Ndurumo River.

The residents say the rocky imprint has been there for decades and are calling on the county government to preserve the once booming tourist attraction site.

Folklore passed down through generations purports that the son of Adam and Eve rested on the rock near Ndurumo river after bathing but he forgot to wear the pair of trousers, shoes, and belt he had left to dry.

“Our ancestors told us he forgot them there and after staying uncollected for decades they formed the imprint on the rock,” claims Paul Kuria, 44.

Chege Githeru, 58, says the imprint has been there since we were born but how it came about baffle us. Archaeologists can study it and find out how old it is and how it was formed.”

Here is a photo of the imprint. 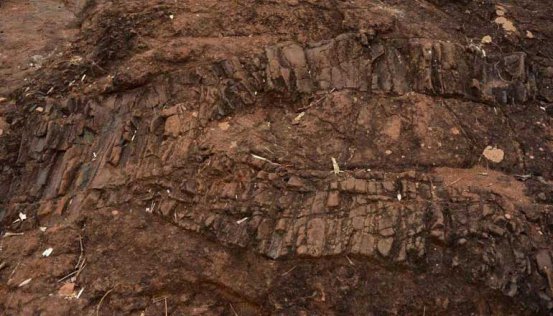 Dear Murang’a residents, there were no trousers and belts back then!

Loading...
VIDEO: Comedian Henry DeSagu’s Duet with Jessie J Will Crack You Up < Previous
PHOTO – Raila Meets Lupita in Kampala Next >
Recommended stories you may like: