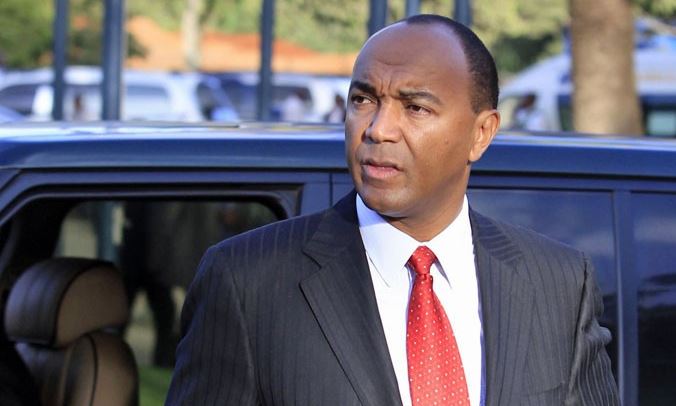 Speaking at St Theresa girls grounds in Eastleigh on Sunday, PK stated that he has abandoned his presidential bid and will instead support President Uhuru Kenyatta for a second term.

He revealed that he will be going for a gubernatorial seat, saying that 3 counties have approached him.

“I’ll not be running. I’ve been approached by one or two, three counties including Nairobi, and I’ll decide which one I’ll go for,” he told the crowd.

“I have decided that I’ll give support to the current president as he seeks re-election, so that we see how those with independent opinions can also help the country from within.” he added.

Read: POLL: Peter Kenneth Vs Miguna Miguna.. Who Will You Vote for Nairobi Governor?

It is rumoured that the former Gatanga legislator favours Nairobi county to Murang’a, where he was and MP. However, the fierce competition in the capital will reduce his odds, and the longer he waits before confirming his preferred county only hurts his chances.

Though unconfirmed, there are reports that Peter Kenneth is being groomed (or grooming himself) to be Deputy President William Ruto’s running mate in 2022, and a likely presidential candidate in 2032.

Should Peter Kenneth confirm his candidature in Nairobi, the biggest loser will evidently be Miguna Miguna. Both are going for the same constituency – the independent and forward thinking Nairobians.

Evans Kidero has been a total disaster and has already lost a huge chunk of Nairobians who voted for him in 2013. Even die-hard ODM supporters are frustrated by his incredible inefficiency in waste management and basic hygiene and are looking for an alternative.

His chances of sailing back to City Hall are hinged on his opponents dividing the Jubilee and Independent vote.

Here’s a poll we ran a few weeks ago.