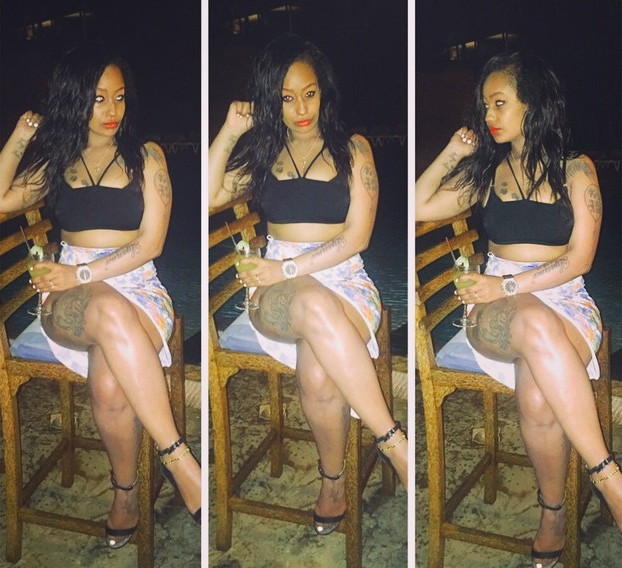 According to the beauty, Bola Gold physically abused her at Nairobi’s hot joint, B- Club, and later hacked her social media accounts to harass her and her family.

“Hey everyone. My account was hacked by Bola Gold. He took my phones and is using my WhatsApp to talk to people. I don’t have a phone right now. He beat me last night at B-Club and has been harassing my family and I. If you have me on WhatsApp, block the number. This man is a psycho.”

Responding to the accusations, the Nigerian said, “It is not true.”

He added, “We went to B-Club together, I wanted to talk to her. I asked if I could have a word with her privately, but when we went outside and she spotted a cop, she told him I raped her, and was arrested.”

Bola pleaded with the cop and was released.

“I told him it wasn’t true, he let me go. I went home, packed my things because I couldn’t believe someone I had been living with for three years could do that to me. She should release proof that shows I assaulted her.”