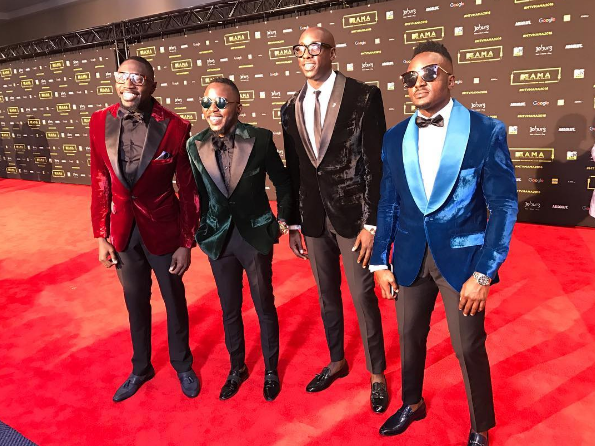 Following their successful trip down South, Sauti Sol band members jetted back into the country on Monday afternoon to a wild reception.

The high-flying Afro-pop band scooped the MTV Africa Music award for Best African Group. Though they had been nominated in four categories, the one award was enough to make Kenyans proud.

It was the group’s second award in a week, having won the Afrimma Award for Best Group in Dallas, Texas. 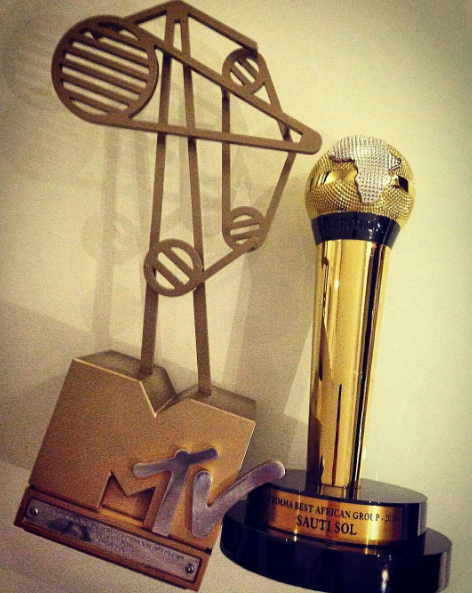 During their arrival at the Jomo Kenyatta International Airport, fellow music industry players joined jubilant fans in giving them a Hero’s welcome.

The artists who included Daddy Owen, Nameless, Wahu, Nyashinski even had time to pop champagne bottles in celebrating the hitmakers.

From the bottom of our hearts, we’d like to say a big thank you. This means a lot to Kenyan music. Let’s all unite and take our music international.

Here are some photos and videos: 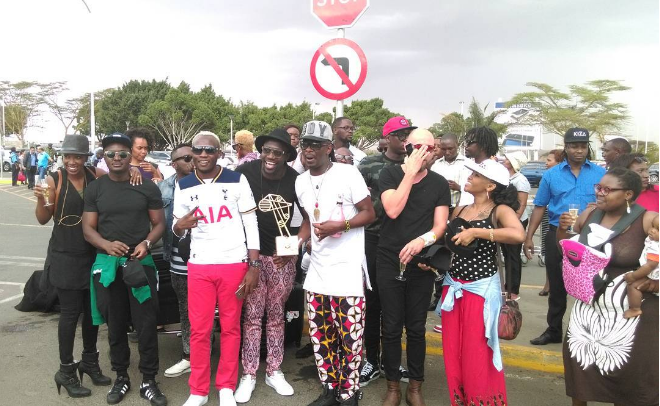 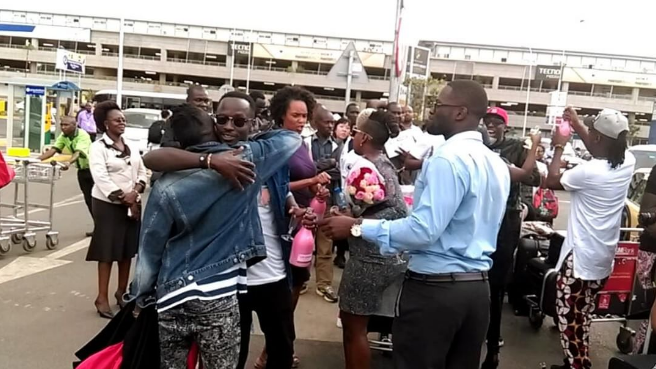 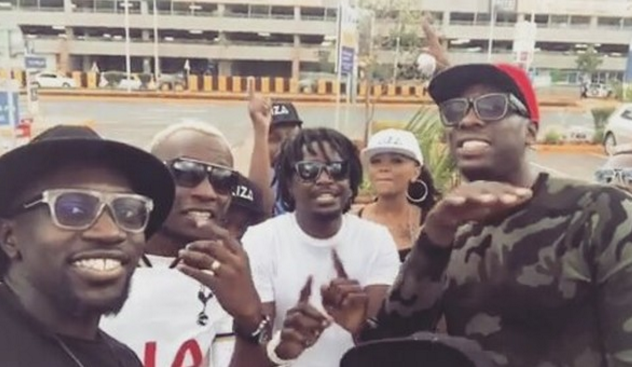 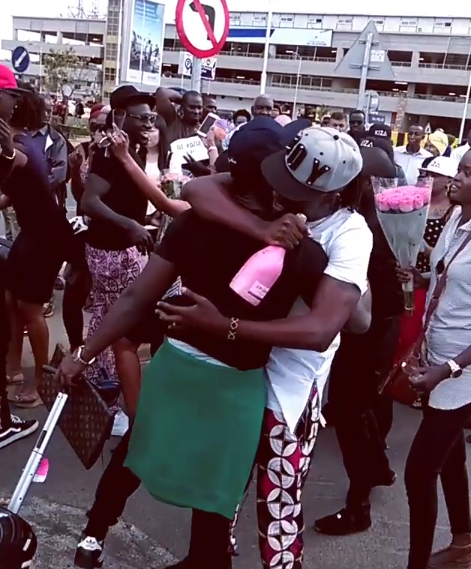 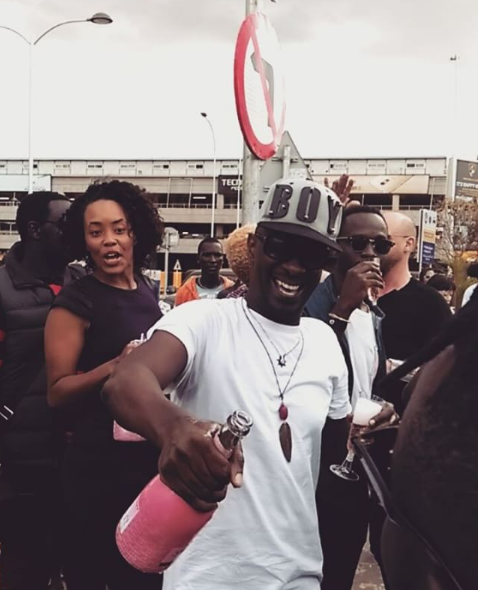 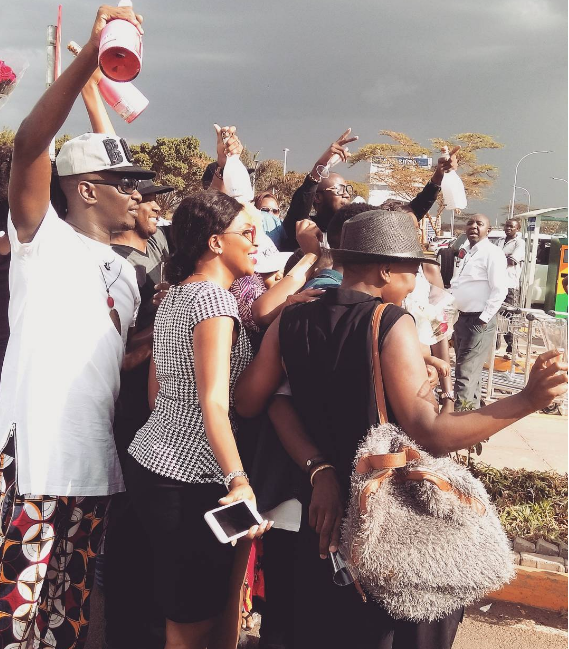 Loading...
Ngong Businessman Stabs Wife Before Hanging Himself < Previous
WATCH: Upcoming Videographers on ‘How to be Eric Omondi’ (VIDEO) Next >
Recommended stories you may like: