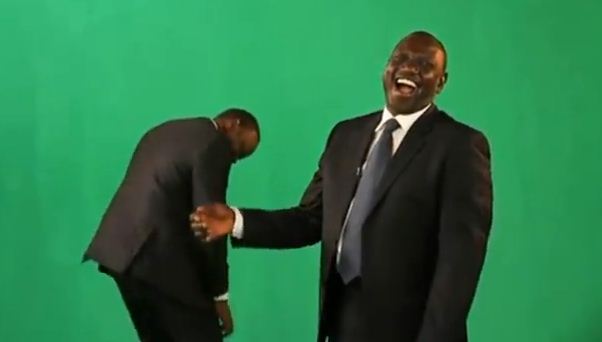 Over three years ago, Jubilee’s Uhuru Kenyatta and William Ruto had several adverts on TV during the campaigns. However, one particular commercial made headlines after a behind the scenes clip surfaced on the interwebs.

In the video, Uhuru and Ruto are seen messing up their words and exploding in laughter. It was a hilarious video that further endeared the leaders to the Kenyan populace.

Now, Co-CEO/Co-Founder of Phil-It Productions, Abel Mutua has edited the clip to show the ‘difficulties’ he went through in directing the commercial.

Loading...
Lawyer Donald Kipkorir Reveals Ambitions to Own Yacht, Jet, Private Island Like American Billionaire < Previous
Give That Girl a Job!! Aspiring News Anchor Wows Kenyans in Viral Video Next >
Recommended stories you may like: