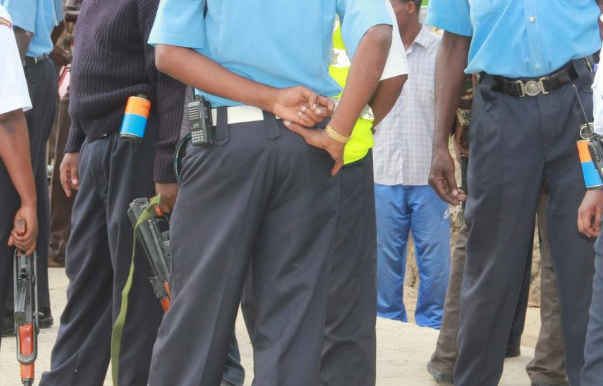 Suspected gang members struck the Naivasha police staff quarters and stole electronics from one of the houses in a daring day light robbery.

Two of the suspects were later arrested in the sprawling Kihoto estate where the stolen goods were recovered.

Police officers also recovered more goods suspected to have been stolen from different homes around the town.

According to sources, the thugs broke into the house of a senior officer who was on duty.

They managed to get away with a TV set, radio, iron box and other personal effects.

“The officer was informed by a neighbor and a major search kicked off with two suspects arrested in Kihoto estate and all the stolen property recovered,” said an officer.

He added  that the two suspects would be arraigned in court with several charges after they failed to account for the other electronic goods found in their house.