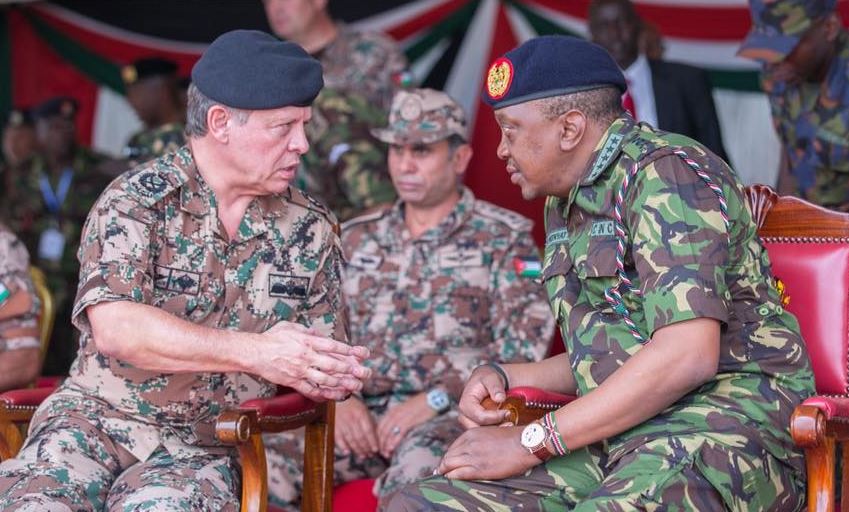 Speaking on a live TV interview, Ruto said that the president is ‘scaring’ Kenyans, adding that the country is used to civilian rule and not military rule as Uhuru is exhibiting.

“As Kenyans we love our civilian authority and are scared of any looks of military rule or any posturing that gives us an imagination of that. We would rather enjoy the Commander in Chief style of Kibaki, Moi and Kenyatta,” he said.

The president has worn military fatigue about five times, latest being this week when he hosted King Abdullah II of Jordan.

“I don’t think the work of the President is to do any combat. There is a section of Kenyans who don’t feel comfortable to see their President in military fatigue. It’s a bit scary. It’s not the President we love,” the governor continued.

Though Moi initially wore military uniform in his early years as President, Uhuru is the first to make it a habit in nearly 3 decades.