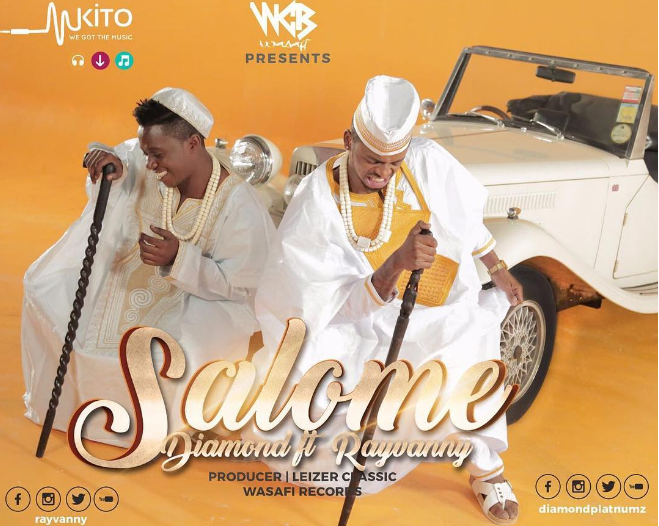 Everyone’s favorite Bongo Flava singer Diamond Platnumz is back with another mega hit. The Tanzanian artist just can’t stop impressing and we are loving it!!

The hitmaker has teamed up with Wasafi Record Label signee Rayvanny.

Amidst allegations of copyright infringement, Diamond’s manager Sallam Sharaf has come out to reveal an agreement was reached with Saida Karoli’s team.

According to the agreement, the copyright of the song remains with Saida. There was also an undisclosed amount paid to Ms Karoli in the agreement that will see the proceeds of the remix shared equally.

With that said and done, it’s like ‘Salome’ is exactly what the fans were craving for. The reception for this song is insanely positive.

Nothing more needs to be said, check it out below. Wenye wivu wajinyonge!!